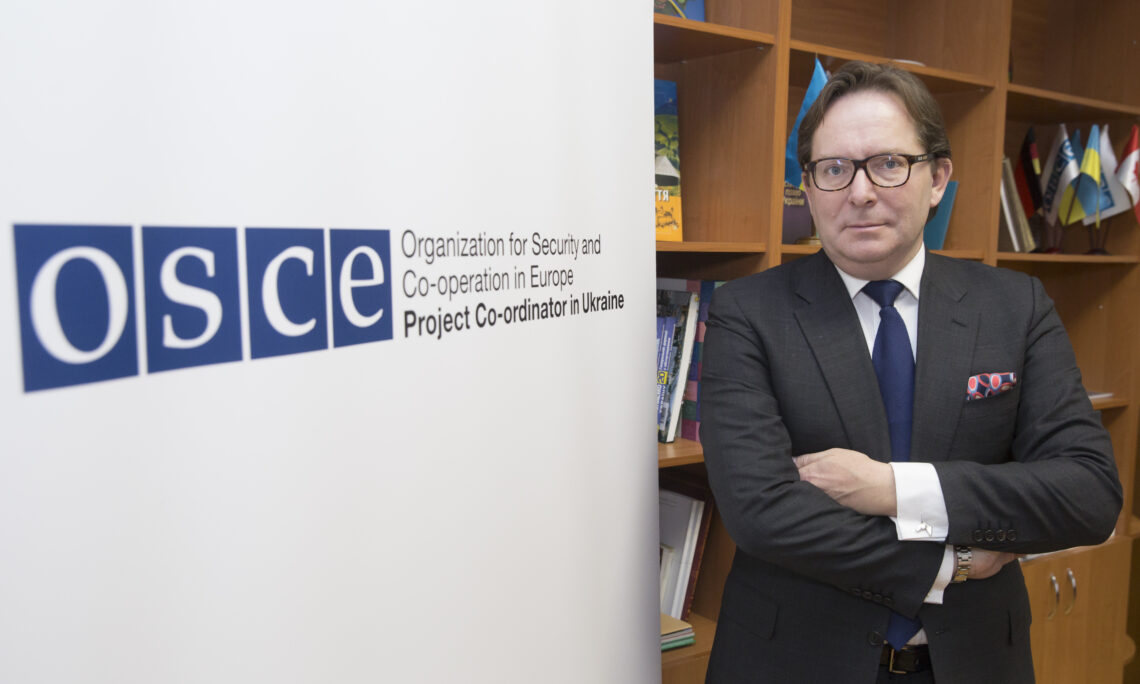 Response to the Report by the Project Coordinator in Ukraine, Ambassador Henrik Villadsen

Ambassador Villadsen, the United States warmly welcomes you back to the Permanent Council.  We appreciate the detailed briefing you have provided on the work of the Office of the Project Coordinator in Ukraine (PCU).

Ukraine has endured more than seven years of Russia’s aggression in occupied Crimea and in eastern Ukraine, where the conflict has led to the deaths of more than 13,000 people.  Russia’s aggression against Ukraine has displaced over a million people; destroyed critical civilian infrastructure, including homes, schools, and hospitals; and placed extraordinary burdens on the government of Ukraine with the aim of destabilizing the country and impeding Ukraine’s chosen path of Euro-Atlantic integration.

Over the past 16 months, Ukraine weathered not only Russia’s aggression—including the ominous military build-up on its border—but also the pandemic.  Throughout this period, the work of the PCU continued, and we were pleased to learn that you and your team were able to implement 95% of your forecasted activities and programming, even in the face of multiple crises.

Ambassador Villadsen, the United States appreciates your continued focus on democratization and good governance in Ukraine.  In the last reporting period, the PCU oversaw projects that resulted in the creation of a strategic plan for supporting civil society—a key focus of any strong democracy—and the implementation of data systems in support of elections, as well as training for local government officials to ensure a successful of devolution of power to the regions.  We commend the PCU’s efforts to collaborate with the Law Reform Commission Working Groups on constitutional law, judicial reform, and criminal justice—three areas in which reform is needed.  In particular, we commend your focus on anti-corruption and support for the newly established High Anti-corruption Court.  We commend Ukraine for marking steady progress in combating corruption and strengthening rule of law.

The PCU plays a critical role in equipping Ukrainian government officials at all levels with the tools to mitigate the negative effects of Russia’s aggression.  We appreciate your continued focus on combatting domestic violence, an issue of concern in all societies given the documented increases during the pandemic.  We commend also the Office’s work with Ministry of Interior staff and local police, as a critical element of the overall effort to enhance the public awareness of this issue.

Ambassador Villadsen, the United States also welcomes the PCU’s support to conflict veterans and their families to promote rehabilitation and social re-adaptation.  The effects of conflict on civilian communities are often far-reaching and the impact will likely be felt for years to come.  In working to mitigate the impact of Russia’s aggression on these affected communities, your work helps build healthy, resilient communities.

The PCU marked progress on critical projects focused on chemical safety and security, including training for first responders to react to chemical emergencies.  We also take note of the PCU’s work on mine action, which included the provision of training to more than 150 members of the State Border Guard Service.

The United States also welcomed the PCU’s work to help Ukraine assess the environmental impact of the Russia-fueled conflict on the Donbas via an analysis of water use in the Siverskyi-Donets River Basin and an environmental threat assessment at industrial waste storage facilities in Donetsk and Luhansk oblasts.  These projects facilitate local governments’ and responsible government agencies’ effective responses to environmental disasters in the conflict zone.

Most often, our discussions at the Permanent Council are focused on eastern Ukraine and Russia-occupied Crimea.

The United States greatly appreciates that the PCU continues to work closely with the Ukrainian government, civil society, and local communities to implement economic, social, and political reforms across all of Ukraine.

In conclusion, we reiterate the mandate of the Project Coordinator in Ukraine applies to the entirety of Ukraine within its internationally recognized borders, including Crimea.

Thank you again, Ambassador, for your service to the OSCE and to the people of Ukraine throughout these especially difficult times.