Home Home | News & Events | Response to the Report of the Director of the Office for Democratic Institutions and Human Rights (ODIHR), Matteo Mecacci 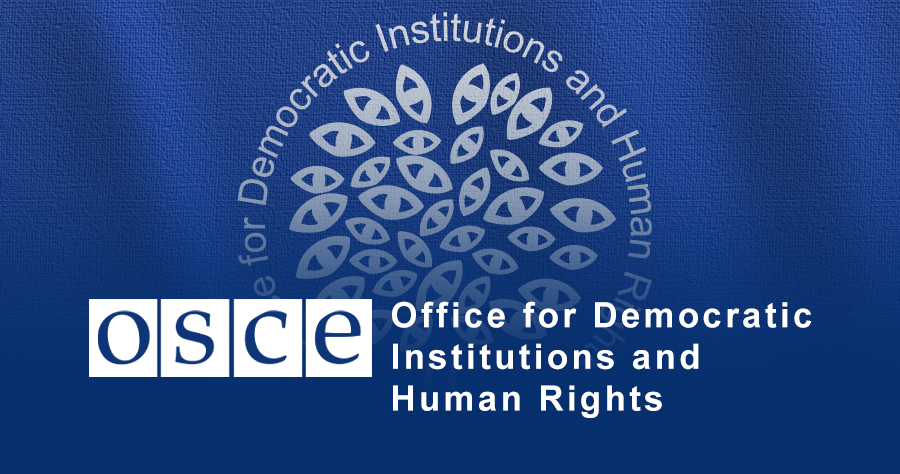 Response to the Report of the Director of the Office for Democratic Institutions and Human Rights (ODIHR), Matteo Mecacci

Director Mecacci, the United States warmly welcomes you to the Permanent Council for your first address as ODIHR Director.  Reading the ODIHR Annual Report, it is clear that even in the most challenging of times, ODIHR continues to ably assist the participating States in upholding human rights and democratic values.  The Annual Report also highlights the broad range of ODIHR’s activities and programs.  We are proud to support your efforts, including those that strengthen democratic institutions, election processes, and the rule of law.  We also share your commitment to protecting human rights defenders and the role of civil society.  The United States firmly supports ODIHR’s work to combat hate crimes, trafficking-in-persons, and anti-Semitism and other forms of intolerance; to engage Roma and Sinti youth; and to promote women’s rights and gender equality.  We recognize the importance of fostering rights-respecting approaches to countering violent extremism and terrorism.

Since its establishment three decades ago, and even during the pandemic, ODIHR has deployed over 380 election observation missions to nearly all OSCE participating States, including my own.  Free and fair elections are essential for functioning democracies, and the impartial, high-quality and tailored approach ODIHR takes towards its election observation missions is internationally recognized and provides the standard for others to aspire to meet.  ODIHR provided online platforms; convened roundtables; and published best-practices to support parliaments, judiciary systems and other bodies as they held elections.  We hope ODIHR will share best practices and lessons learned by nations that managed elections in 2020, as my own country did.

2020 will be remembered as the year of the pandemic, and we faced both new and ongoing challenges in the realm of human rights and democracy. ODIHR’s resiliency shone during this time, and continues to do so.   ODIHR’s careful analysis of common restrictions imposed during public emergencies, and guidance for the near-term and long-term, undoubtedly helped protect vulnerable populations, including women and children, and victims of trafficking.  While many participating States’ responses to the pandemic were merited and intended to protect human life and health, some used the pandemic as a pretext to continue and even intensify repression.  The number of individuals incarcerated for exercising their human rights and fundamental freedoms keeps growing.  We also wish to spotlight the appalling fact that despite our December 2020 Ministerial Decision on the Eradication of Torture, torture still is practiced by a number of the participating States in the OSCE region.  This must stop immediately.

As you noted in the Annual Report, due to the exceptional circumstances of 2020, the 2020 Human Dimension Implementation Meeting (HDIM) did not take place.  The position of the United States is clear: the HDIM must occur in 2021.  We need a vibrant and involved civil society to contribute its insights and recommendations for improvements, and to hold governments accountable to our OSCE commitments.  As we have stated before, the United States opposes measures that would restrict civil society access to, or participation in, OSCE events, including those related to the Human Dimension.  Let us work together as participating States, and with ODIHR, other OSCE bodies, the Chair, and civil society to ensure the successful holding of the HDIM and other mandated OSCE events.

The United States will continue to support and defend ODIHR’s independence, mandate, and budget.  We thank you and your staff for your work under such difficult circumstances, and look forward to partnering with you, the Swedish Chairpersonship, and other concerned participating States to strengthen ODIHR, which bolsters the well-being and security of this region.  Respect for human rights and democratic principles of government within states is essential for lasting prosperity and peace among states.

Director Mecacci, in your foreword to the Annual Report, you stated that “for many of us, the pandemic has brought home our common humanity.”

The pandemic has indeed underscored our common humanity, highlighting ways in which we could be doing more to support each other and, particularly, vulnerable populations.  The United States knows ODIHR is well-positioned to continue its work which uphold the human rights and dignity of all.  You have the United States’ full support, and we look forward to our cooperation with you in the future.

Director Mecacci, in closing, I’d like to ask if you’ve started to see emerging challenges that will require increased attention in coming years?