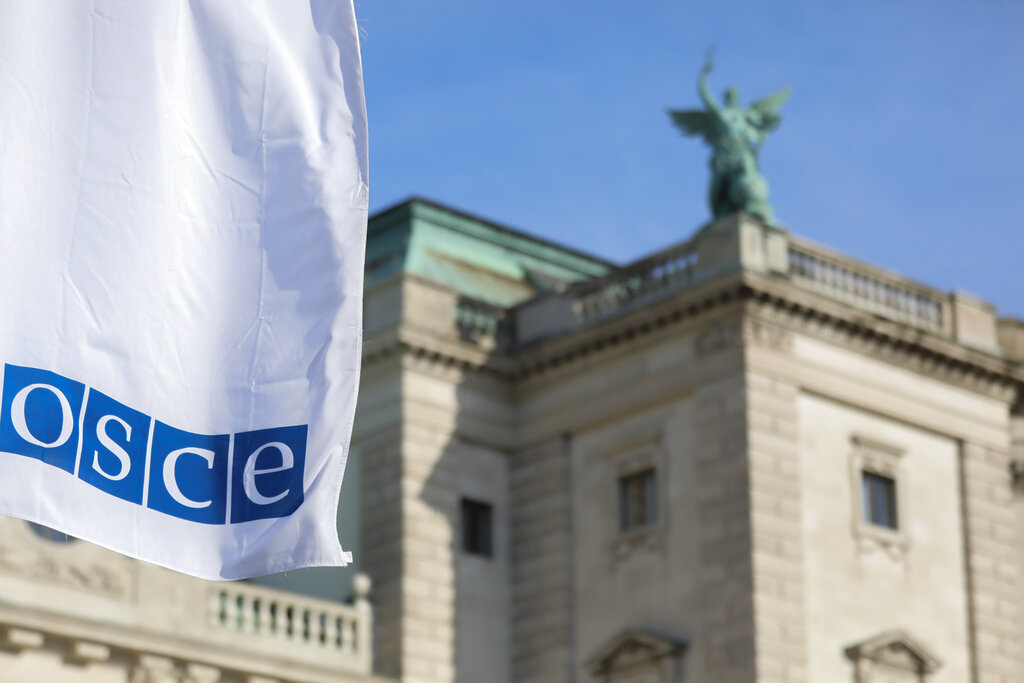 Flags wave in the wind in front of the entrance of the Permanent Council of the Organization for Security and Cooperation in Europe (OSCE).(AP Photo/Lisa Leutner)

And thank you, Secretary General Schmid, for your decisive action in sending your letter on Monday providing early warning to the Permanent Council on the crisis in and around Ukraine. The United States appreciates this formal notification as per the guidance laid out in Ministerial Council Decision 3/11 on the conflict cycle.

As you noted, Secretary General, we need to address the escalating situation in the context of the principles and commitments at the heart of the OSCE. In Ambassador Carpenter’s earlier response to Ambassadors Cevik and Kinnunen, he made clear our position on this situation, including the responsible party and the need for de-escalation. I will not repeat all the points Ambassador Carpenter made earlier, but we believe your highlighting of the OSCE’s available dialogues and mechanisms is a helpful and necessary reminder for participating States that we already have the tools necessary to bring our region back from the precipice of conflict. The United States supports the CPC and other institutions utilizing all tools available – including a potential fact-finding mission – to be effectively deployed to de-escalate the situation at this concerning time. Welcoming the use of OSCE’s tools and good offices is one way that Russia could demonstrate its willingness to take the path of diplomacy instead of choosing the path of force.