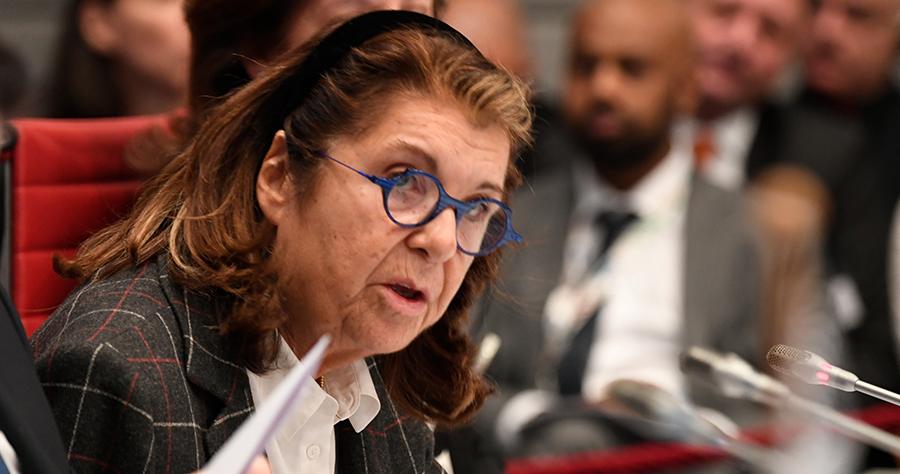 The Italian Chairmanship's Special Representative on Combating Corruption, Paola Severino, presents her report to the OSCE Permanent Council on December 13, 2018.

Response to the Special Representative on Combating Corruption Paola Severino

The IMF estimated in 2016 that public sector corruption siphons off $1.5 to $2 trillion in bribes annually, or two percent of global GDP. The costs are higher still in terms of stunted economic growth, lost tax revenues, and sustained poverty. Together, these pose serious threats to security and stability in the OSCE region. Corruption is perhaps the biggest obstacle to economic and social development. It undermines democracy and human rights by weakening governments, diverts funds from public services such as health care, education, and sanitation, and discourages foreign investment, leading to fewer jobs.

The United States has been and will continue to be a leader in fighting corruption. A Securities and Exchange Commission investigation in the 1970s found that 400 U.S. companies admitted to making questionable or illegal payments to foreign government officials or politicians. This led the U.S. Congress in 1977 to pass the Foreign Corrupt Practices Act (FCPA), which restored public confidence in American business, became a global model for anti-corruption legislation, and set us on the path of sharing best practices around the world.

On International Anticorruption Day on December 9, we called on all countries to implement their international anticorruption commitments, including through the UN Convention against Corruption. As of 2017, all OSCE participating States had ratified or acceded to the Convention. We commend the Office of the Coordinator for Economic and Environmental Activities for supporting complementary projects to fight corruption and for its continued collaboration with the Open Government Partnership, of which the United States is a founding member.

Through programs that recover and return stolen public funds, establish transparent, accountable institutions, and empower citizen-led action, the world can combat this threat to global security. The United States supports initiatives within the OSCE and with participating States to do so.