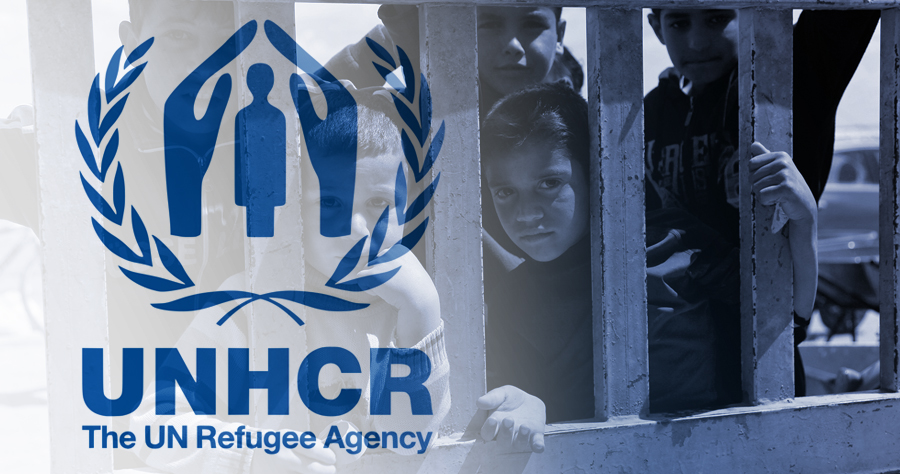 Assistant High Commissioner Türk, the United States warmly welcomes you to the Permanent Council. Your presence here is a timely reminder of the need for all OSCE participating States to focus on saving lives, providing timely humanitarian assistance, and ensuring that the human rights of all migrants, other displaced persons, and refugees are respected.

As we sit here today, more people are displaced by rising violence, brutal conflicts, insecurity, and persecution than at any time since World War II. Record numbers of people have been forced to flee their homes and their countries, challenging the world to find better ways to protect them. The scale of human suffering resulting from these crises is staggering.

Assistant High Commissioner, as you noted, “these numbers speak to the tragedy of forced displacement, not only for individuals, but also for whole communities who are often prevented from developing and meeting their full potential, as they focus on surviving from one day to the next.” Sadly, we see this tragedy playing out in Ukraine, where Russian aggression has led to the displacement of approximately 800,000 people – people desperately seeking safety from a conflict in which civilians are constantly under threat. Ukraine, with the international community’s help, must support internally displaced persons so that they are not forced by a lack of money and support to return to their homes in dangerous areas.

Elsewhere in the OSCE area, hundreds of thousands of people have been unable to return to their homes in Georgia, Armenia, and Azerbaijan due to unresolved conflicts in the region. We welcome UNHCR’s involvement with the working group on humanitarian issues in the Geneva International Discussions on the Conflict in Georgia. UNHCR’s efforts to help Armenia and Azerbaijan address challenges related to the displacement stemming from the Nagorno-Karabakh conflict, including last year’s outbreak of violence, is an important step in relieving human suffering. Likewise, we appreciate UNHCR’s strong engagement to resolve protracted displacement in the western Balkans.

The OSCE can and must do more to help its participating states respond to irregular migration and forced displacement challenges, as we acknowledged during last year’s Ministerial Council in Hamburg when all 57 participating States agreed to use the OSCE to help respond to the complex challenges stemming from large movements of irregular migrants and refugees. Although we did not reach consensus on including internally displaced persons in the decision due to the concerns of a few states, the importance of responding to the challenge of internally displaced persons was clearly recognized by many countries.

Assistant High Commissioner, we can vividly see the impact of large scale migration and forced displacement as strife and war in places as far flung as Afghanistan, Nigeria, Yemen, Iraq, and of course, Syria, trigger the mass movements of millions of people who seek safety and security. Hundreds of refugees and irregular migrants arrive on Europe’s shores weekly – often after embarking on a perilous journey in the hands of deceitful smugglers. Many are vulnerable to human trafficking.

We need to make sure that policies and systems are in place to allow the United States, other OSCE participating States, and the global community to save lives, provide protection to the world’s most vulnerable, promote respect for human rights, and facilitate safe and orderly migration. We need to ensure that criminal actors do not exploit irregular migrants. That is why the United States hosted a Leaders’ Summit on Refugees at the 2016 United Nations General Assembly, in order to strengthen the resolve of countries to help the tens of millions of people driven from their homes worldwide. With this goal in mind, the United States provides substantial humanitarian assistance to refugees and others in need, and maintains the world’s largest refugee resettlement program. The United States pledged more than 7 billion U.S. dollars in humanitarian aid in fiscal year 2016, and resettled nearly 85,000 refugees from 79 countries.

Although many refer to the 2015 arrival of irregular migrants and refugees in Europe as a crisis, it has become clear that the trend of irregular migration and forced displacement will continue as a long-term challenge. We believe that the OSCE has an important role to play in a global response through its convening power and facilitation of cooperation, and we encourage fellow participating States to support the OSCE’s efforts in this area. OSCE field missions utilize their relationships with host governments, civil society, law enforcement, and community leaders to strengthen cross border cooperation, take practical steps to reduce exploitation, and reduce intolerance. A joint UNHCR – OSCE project to combat human trafficking along irregular migration routes by effectively identifying and assisting victims is another excellent example of how we can join forces to help alleviate human suffering.

Mr. Chair, colleagues — we can, and should, be doing more. There is still room for the OSCE and UNHCR to improve their cooperation, both through the OSCE’s independent institutions and in the field. Only by working together can we address this crisis in an effective, safe, and humane way that also strengthens our security and stability.