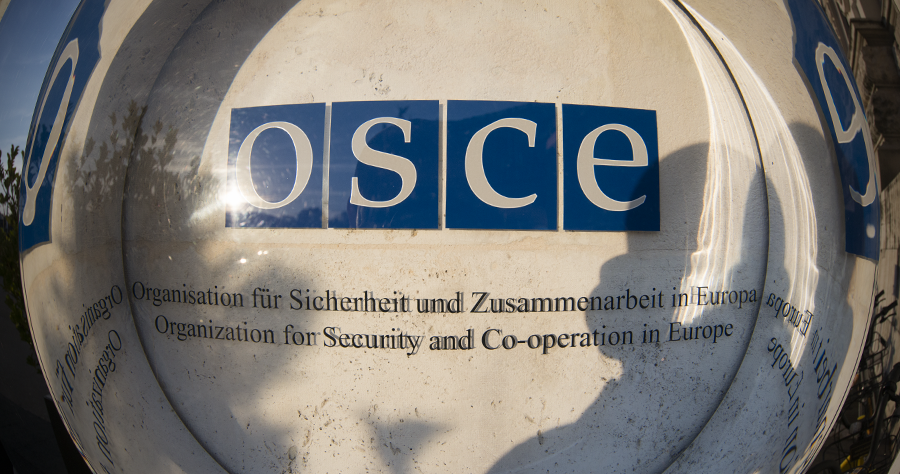 Right of Reply to Russia on the U.S. Foreign Agents Registration Act

I appreciate the opportunity to respond to some of the points that my esteemed Russian colleague mentioned in his statement. In particular, I welcome the opportunity to once again continue to provide the Permanent Council, including the Russian Delegation, further information regarding some of the concerns that it has expressed, particularly those that relate to the U.S. Foreign Agents Registration Act (FARA). A couple of broad, general points, and I also welcome the opportunity to dispel any of the narratives, which we consider to be false and, regrettably, tend to be propagated in an effort to create the impression that media freedom is under assault in the United States. This could not be further from the truth; and let me just make crystal clear to everybody here that freedom of speech is a pillar of U.S. law and one of our founding principles.

Mr. Chair, unlike the Russian law on Foreign Agents, which truly does restrict the fundamental freedoms of expression and association, U.S. FARA law is a disclosure statute that requires persons in the United States who engage in specified activities as agents of foreign principals to register – let me reiterate, Mr. Chair, register – with the Department of Justice (DOJ) and to disclose certain information required under the statute. This act aims to promote transparency by ensuring the American public and our lawmakers know when the source of information is a foreign principal, particularly if that information may be intended to influence U.S. public opinion, policy, or laws. And I’d like to stress the point of “transparency” – it is a principle that many of us here have talked about the importance of including here on Thursdays. FARA is also designed to encourage transparency by foreign principals attempting to influence the U.S. government or public through public speech, political activities, and lobbying through agents in the United States – not to discourage that conduct itself.

In addition, the statute defines who must register with DOJ as a foreign agent and what they must disclose. Mr. Chair, I’d like to clarify that FARA does not limit what agents may say or publish, it does not curtail their ability to report, register, or attend events in the United States.

With reference to the cases that my esteemed Russian colleague raised today: the entities in question chose to register under FARA after receiving the Department of Justice’s communication explaining why the statute required registration. Under U.S. law, only an independent federal judge can compel an entity to register.

Importantly, registering under FARA in no way impedes media outlets’ operations. Let me stress that they can print and broadcast their stories and opinions without restriction or interference from the United States government. Like the other FARA-registered media outlets, RT and Sputnik continue to perform their work much as they did before.

Mr. Chair, just to clarify further, in our view – and I think many other participating States have taken a look at FARA legislation, as well as the legislation in Russia, which is known as the “foreign agent” law: there is no equivalence between U.S. FARA legislation and Russia’s “foreign agent” law. Russia uses its “foreign agent” law to restrict, intimidate, prosecute, and shut down civil society and the independent press. Furthermore, new amendments to Russia’s “foreign agent” law currently under consideration in the Duma would make the law even more restrictive by applying it to individual bloggers, and requiring users of social media to declare that they are posting material produced by a “foreign agent” before doing so. The United States respectfully urges Russia not to take these steps, which will have a chilling effect on free expression. The media environments in the United States and Russian Federation, in our view, Mr. Chair, remain vastly different.

And finally, Mr. Chair, let me reiterate an offer that I made last year, for any delegation wishing additional information or clarification about U.S. legislation, I would be more than happy to provide it and to continue to provide it – as well as refer individuals to other sources within the U.S. government that might be interested in learning about U.S. law and clarifying any questions that they may have.