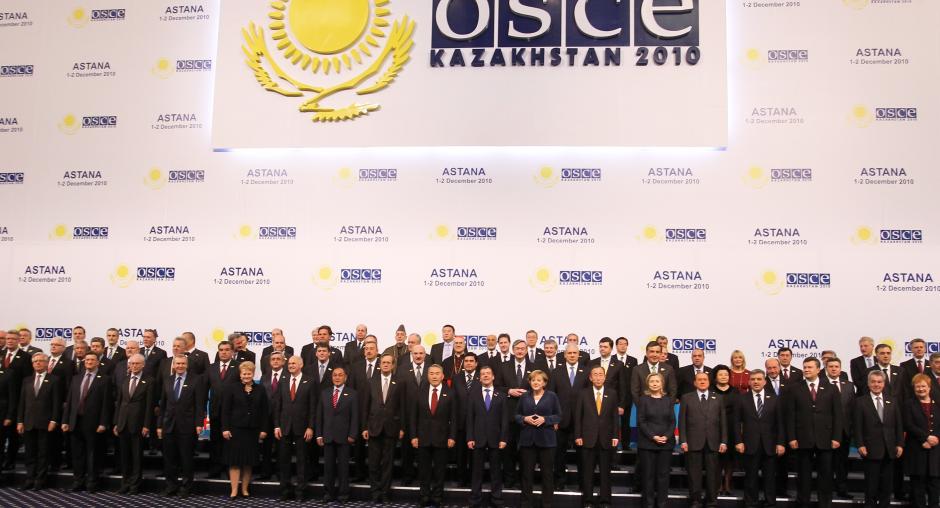 I’ve listened closely to the discussions that have been held from some of the other countries and I think it’s important at this moment to place something in perspective.  I would like to remind people of the Astana Declaration that was made at the OSCE summit meeting in Astana in 2010.  I’ve looked at that declaration, and I’ve noticed that some of the things that have been said here today are not consistent with it.  Paragraph Six of the Astana Declaration says that all of the member countries agreed to the following, “We reaffirm categorically and irrevocably that the commitments undertaken in the field of the human dimension are matters of direct and legitimate concern to all participating States and do not belong exclusively to the internal affairs of the State concerned.  We value the important role played by civil society and free media in helping us to ensure full respect for human rights, fundamental freedoms, democracy, including free and fair elections, and the rule of law.”  I think it is important at this moment with the discussion that is going on to remind our fellow members of the commitments we have made, including the heads of state at the summit in Astana.

I’ve listened to the comments of the Russian Federation, Kazakhstan, Azerbaijan, and now an implication made by Tajikistan, to suggest that sovereignty prevails over everything else.  That would stand for the proposition that any country, with its own individual sovereignty, could do any type of crime or deprivation against its own people that it wants to.  That is not what the Helsinki Accords stand for,  that is not what the Helsinki Final Act stands for, and it is not what was stated in the Astana Declaration.  We, all of us, have an interest in what is going on in Belarus, what is going on with respect to the people of Belarus.  And this is what the discussion of the Moscow Mechanism here today is about — what does Belarus’s future look like?  Is it going to be human rights based upon the Helsinki Accords and the 21st century, or is it going to be simply control by an assertion of legitimacy through an improper election at the point of a gun wielded by the security services and army?  That is what’s under discussion today.