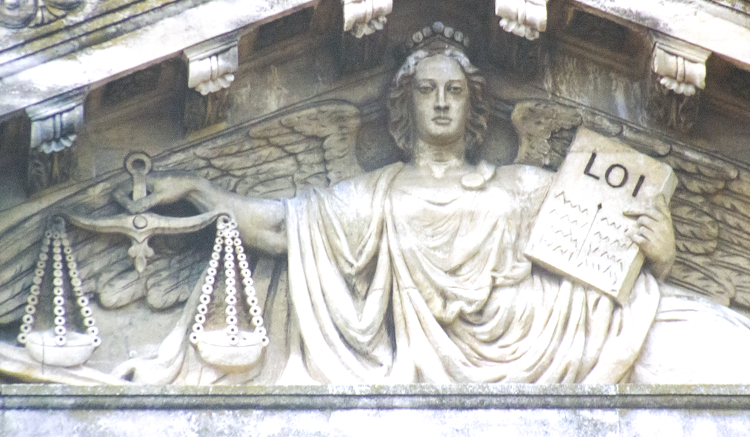 In Copenhagen in 1990, the participating States acknowledged that, “the rule of law does not mean merely a formal legality which assures regularity and consistency in the achievement and enforcement of democratic order, but justice based on the recognition and full acceptance of the supreme value of the human personality and guaranteed by institutions providing a framework for its fullest expression.” In Ljubljana in 2005, we further recognized that, “rule of law must be based on respect for internationally recognized human rights, including the right to a fair trial, the right to an effective remedy, and the right not to be subjected to arbitrary arrest or detention…” There is still much work to be done by participating States not only to fulfill these commitments, but safeguard them against erosion and reversals.

While the United States condemns the attempted coup in Turkey, we are concerned that the arrests, detentions, and dismissals in Turkey following the attempted coup, and restrictions placed on the exercise of freedom of expression, including by the media, could pose a threat to rule of law. To date, some 100,000 individuals have been affected by arrests, detention, and dismissal, and some 1,400 institutions, such as NGOs, and 130 media outlets have been closed. According to Turkish Justice Ministry figures, nearly a fifth of all judicial officials have been affected. In addition, on July 29 an Ankara court froze the assets of 3,049 judges and prosecutors who have been detained for questioning. Care must be taken to ensure that actions against those accused of being involved are conducted fairly, transparently, and in accordance with Turkey’s international obligations and the rule of law.

The United States encourages Georgia to pursue its judicial reform agenda actively, including the so-called “third wave” of judicial reforms that have been awaiting passage in parliament for over 12 months, and all other necessary measures to ensure judicial independence.

In Russia, for example, laws have been used as a cudgels, rather than instruments of justice, against opposition activists such as Alexei Navalny. Russia cynically – and unsuccessfully – tries to wrap its intervention into Crimea with a cloak of legitimacy. Russian occupation authorities arrested Oleh Sentsov, Oleksander Kolchenko, and Oleksky Chirniy, opponents of Russia’s attempted annexation, and removed them to Russia, where they were tried and convicted on politically motivated charges. In June, Maidan activist Andriy Kolomiyets was sentenced in occupied Crimea to 10 years of imprisonment on specious charges. Representatives of the Russian Federation claiming that Crimea has been annexed does not make it so. Crimea remains internationally recognized sovereign territory of Ukraine. Russia must end its politically-motivated imprisonment of other Ukrainian citizens, including Stanislav Klikh and Mykola Karpyuk.

In Tajikistan, defense attorneys Burzurgmehr Yorov, Jamshed Yorov, and Nuriddin Makhamov have been imprisoned for their defense of opposition party members. The closed trials of Saidumar Hussaini, Mahmadali Hayit, and others were hampered by procedural irregularities, including obstructed access to legal counsel, contrary to Tajikistan’s human rights obligations.

We have heard alarming reports that Tajikistani authorities are retaliating against family members of HDIM participants, including detaining and questioning relatives. One participant’s mother reportedly died of a heart attack as a result, and another’s 9-year-old daughter was assaulted. This would constitute a severe contravention of Tajikistan’s OSCE commitments.

We welcome the parole in Kazakhstan of opposition leader Vladimir Kozlov, who was arrested shortly after participating in a previous HDIM. We remain concerned by the continued detention, without trial, of those who organized peaceful protests, a right guaranteed by Kazakhstan’s laws and international obligations, in the spring of this year. We are also concerned about the extended detentions without trial of civil society activists Max Bokayev and Talgat Ayan.

In Uzbekistan, human rights activist Azam Farmanov and journalist Muhammad Bekjanov are among those who have fallen victim to a pattern of arbitrary and last-minute extensions of their prison sentences. Bekjanov’s sentence runs out in January, and we hope that a new government will not arbitrarily extend his sentence again.

In Armenia, we are concerned by the use of detention as a means of deterring protests. During the July protests, law enforcement authorities detained more than 700 civilians for several hours without charge. Many were deprived of food, restrooms, medical attention, and legal assistance, and were not informed of the reason for their detention.  At least two political activists have been denied bail and remain in prison.

We are also concerned about the fairness and transparency of trials in Serbia. Prolonged pretrial detention remains a problem, and judges are reportedly susceptible to political influence or pressure, including dismissal or punishment for rulings that are contrary to wishes of political leaders.

Moderator, in July 1999, Ylli, Agron, and Mehmet Bytyqi were reportedly killed at an Interior Ministry camp in Serbia, and the bodies of the three brothers were found in a mass grave two years later. Serbian authorities, including Prime Minister Vucic, have repeatedly assured the United States and the surviving Bytyqi family in New York that action will be taken to bring those responsible to justice. To date, no significant action has been taken. The fact that the brothers were U.S. citizens makes this case a particular concern for the United States. Signs that there have not been investigations or meaningful accountability for atrocities should be a concern to us all.

Finally, some participating States are exporting their repression by deliberately initiating politically motivated Interpol Red Notices – an otherwise legitimate and important law enforcement tool – to harass critics abroad. Interpol has taken some steps to stop this abuse, but governments across the international community also must be vigilant against it. At a time when all states strive to protect their citizens from terrorists and other dangerous criminals, it is an unconscionable waste of time, attention and resources for repressive governments to try to manipulate the Interpol system for self-serving political ends.  We welcome the OSCE Parliamentary Assembly call, this year and in several previous years, to end this practice.