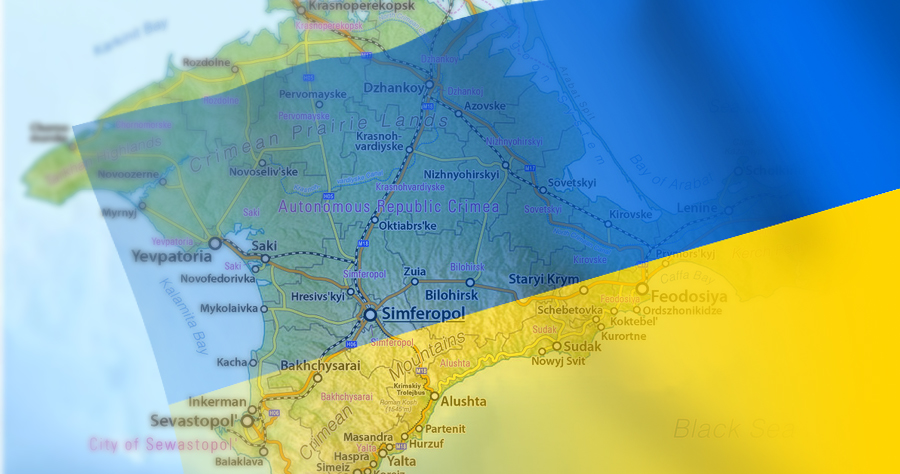 As delivered by Acting Deputy Chief of Mission Michele Siders
to the Permanent Council, Vienna
March 16, 2017

Three years have passed since Russia launched its occupation and attempted annexation of Crimea. On February 27, 2014, Russian troops in unmarked uniforms seized the parliament building in Simferopol, and then proceeded to hold Crimea hostage until Russia forced the illegitimate “referendum” on March 16.

Moscow organized its so-called “referendum” under the threat of violence in an attempt to justify Russia’s occupation and attempted annexation of Crimea. Having started down a path of coercion, Russia finds that it can only rule Crimea through violence and the systematic oppression of those who voice any opposition to its occupation.

Moscow fears the truth. To try to prevent the truth from being heard and maintain the fiction of control, Russia has created a climate of fear and intimidation. The international human rights and democracy NGO Freedom House, in its recently released report Freedom in the World, concluded that Russia-occupied Crimea is “not free.” Russia-occupied Crimea again received deplorable scores on freedom, and on the ability of individuals there to exercise political rights and civil rights – among the worst scores in the OSCE region.

The serious abuse faced by Crimean Tatars, ethnic Ukrainians, and any groups or individuals that Russia suspects of opposing its occupation continues unabated. Individuals peacefully expressing their opposition against the occupation face harassment, kidnapping, disappearance, forced psychiatric hospitalization, and politically-motivated prosecution, among other coercive practices. Independent media and civil society have nearly disappeared from the peninsula.

The upcoming trial of journalist Mykola Semena represents yet another example of politically-motivated prosecution. We call on Russian authorities to drop the fabricated charges against Mr. Semena and release him and all other Ukrainians held by Russia for political reasons. We are also concerned that this week Russian authorities detained more human rights activists, including Olha Skrypnyk and Volodymyr Chekrygin from the Crimean Human Rights Group, as well as a representative of the Ukrainian Human Rights Ombudsman’s Secretariat, while they were monitoring a checkpoint along the administrative line with Crimea. The activists were detained in a buffer zone between the Ukrainian and Russian checkpoints, and were not attempting to enter Russian-occupied Crimea. Such harassment is unacceptable. Although they were quickly released, their detention is yet another sign of Russia’s misguided efforts to pressure and harass those daring to find out the truth about its occupation of Crimea. Russian occupation authorities have also established a pattern of harassing and detaining those providing legal services to individuals singled out for persecution. Ongoing restrictions on peaceful assembly, freedom of the expression and media, mean that residents of Ukrainian Crimea cannot exercise their fundamental freedoms.

We do not recognize the legitimacy of Russia’s occupation, and therefore Moscow’s claim that Russian laws apply on what is an inalienable part of Ukraine. We find unacceptable Russia’s attempts to circumvent Ukrainian law. Russia continues to harass the leadership of the governing body of the Crimean Tatars, the Mejlis, which it banned in 2016 by falsely claiming it is an extremist organization. Just three days ago, on March 13, a deputy chairman of the Mejlis, Nariman Dzhelyal, was summoned for questioning by de-facto authorities about an interview he gave on Ukrainian television in 2016. Mr. Dzhelyal was reportedly warned that he could face legal consequences for being a leader of the Mejlis. Two other deputy chairmen, Ilmi Umerov and Akhtem Chiygoz, continue to face trial in Simferopol on spurious charges in retaliation for their leadership of the Mejlis. The current and former chairmen of the Mejlis, Refat Chubarov and Mustafa Jemiliev, have been banned from entering Crimea since 2014.

Russia has also sought to replace legitimate local self-governance with illegal control from Moscow. Russia illegally conducted elections for the Russian Duma in Crimea on September 18. The United States does not recognize either the legitimacy or outcome of the Duma elections held in Russia-occupied Crimea.

Russia undermined international peace and security by occupying and attempting to annex the territory of its neighbor. Russia’s violation of international law is in contravention of our shared Helsinki principles and constitutes a rejection of the foundational precepts undergirding 70 years of post-war international order. By its actions, Russia has made the world more dangerous for all.

The United States affirms its full support for Ukraine’s sovereignty, independence, and territorial integrity within its internationally-recognized borders. As we continue to reiterate, Crimea-related sanctions on Russia will remain in place until Russia returns full control of the peninsula to Ukraine. We again call on Russia to observe the Helsinki Final Act, in which all participating States acknowledged that one another’s frontiers are inviolable and committed to respect the sovereignty and territorial integrity of each participating State.