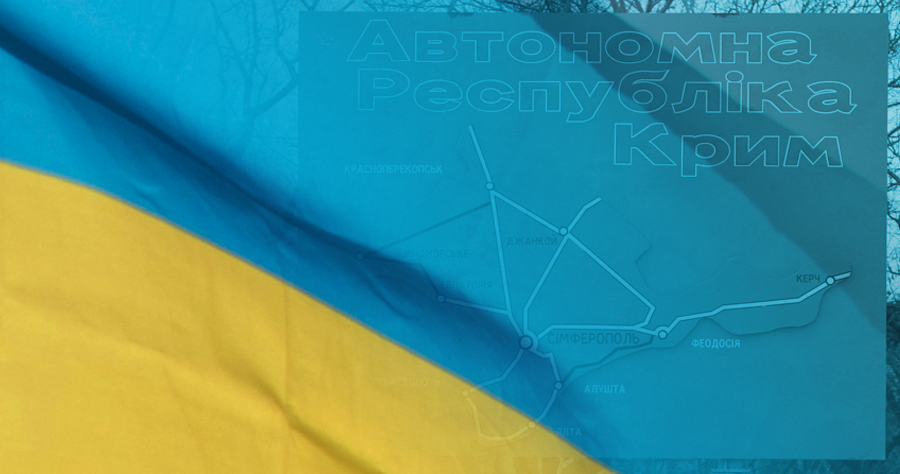 Three years have passed since Russia launched its occupation and attempted annexation of Crimea.  On February 27, 2014, Russian troops in unmarked uniforms seized the parliament building in Simferopol, and then proceeded to hold Crimea hostage until the illegitimate, so-called “referendum” could take place on March 16.

President Putin confirmed those soldiers were Russian military personnel operating under his orders to violate Ukrainian sovereignty and intimidate the population of Crimea, despite initially misleading the international community by denying Russia’s involvement.  Moscow organized the sham “referendum” held under the threat of violence in an attempt to justify Russia’s occupation and attempted annexation of Crimea.  The people of Crimea have never freely accepted Russia’s occupation – not then, and not now.  Russia subsequently followed through on its threat of violence through the systematic oppression of those who oppose Russia’s occupation.  Moscow fears exposing the truth behind its rule by force, and has created a climate of fear and intimidation to shore up its control.

This includes a widespread campaign to suppress free speech and independent media in Crimea.  Almost all independent media has been closed since 2015 after occupation authorities denied their applications to register.  Occupation authorities are increasingly moving to restrict information online, including by prosecuting people for peaceful dissent expressed in social media posts and blocking growing numbers of Ukrainian websites.  On February 14, journalists reported that websites for six additional Ukrainian media outlets joined those that were already blocked in Crimea.  Many journalists and media outlets have been targeted for harassment and intimidation simply for stating the fact that Crimea is part of Ukraine.

Earlier this week, on February 28, Ukrainian journalist Mykola Semena faced trial – without the presence of international monitors – on dubious charges of “undermining Russian territorial integrity via mass media” for articles he had written criticizing the Russian occupation of Crimea and the actions of occupation authorities.  He faces up to five years in prison.  The United States reiterates its request that the OSCE monitor Mr. Semena’s trial.  We also call on Russian authorities to drop spurious charges against Mr. Semena and release him and all other Ukrainians held by Russia for political reasons.  We have not forgotten Oleg Sentsov, Oleksander Kolchenko, Oleksander Kostenko, and many other Crimean political prisoners serving time in remote Russian penal colonies on baseless convictions in retaliation for their principled objection to Russia’s occupation.

Russia continues to subject ethnic Ukrainians and Crimean Tatars to systematic discrimination, including through severely limited access to education in Ukrainian and Crimean Tatar languages.  In May 2016, Russian authorities banned the Crimean Tatar Mejlis, a democratically-elected body representing the Crimean Tatar population, claiming it was an extremist organization.  This is a laughable claim, and a sad indication of how far Russia is willing to go to punish those who will not assent to its attempted annexation.  Russian occupation authorities subsequently prohibited all meetings, gatherings, or financial activities of the group, and are subjecting several of its leaders to prosecution on trumped-up charges.  Additionally, at least 19 Crimean Tatars are currently facing trial for alleged membership in the Islamic organization Hizb-ut-Tahrir, which is legal in Ukraine.  These cases are widely seen to be politically-motivated.

The ability to freely assemble has nearly ceased to exist under Russian occupation, and authorities routinely deny Crimean Tatars and ethnic Ukrainians permission to hold political or cultural public gatherings.  In July 2016, occupation authorities amended a resolution decreasing by half the number of places in Crimea where public events could be held.  Members of religious groups of various faiths continue to suffer, unable to congregate without an approved registration.

In carrying out a policy mandating Russian residency or citizenship for those living on the peninsula, Russia has subjected those who refuse Russian citizenship to discrimination in accessing education, health care, and employment.  Yuri Ilchenko, one of the first to oppose this policy, was charged with “extremism,” but later escaped house arrest and fled from Russia-occupied Crimea.  Ilchenko said that during his time in a pre-trial detention facility, security officials repeatedly beat him and deprived him of sleep in order to coerce him into accepting Russian citizenship, and to punish him for speaking Ukrainian.

These abuses are part of a strategy of coercion by Russian authorities to force Ukrainians living in Crimea to accept Russia’s occupation.  Russia has reportedly not only subjected dissenters to political prosecution, but also to torture or other abuse, including sexual violence against both men and women.

Russia continues to allow impunity for those responsible for these abuses of Crimea’s population.  We note the recent two-year anniversary of the unsolved disappearance of Crimean Tatars Isylam Dzheparov and Dzhevdet Islyamov, just two of nearly 30 such documented disappearances since the Russian occupation began.  Twelve of these victims were later found dead.  None of the perpetrators responsible have been held to account.

We remind the Russian Federation of its responsibilities as an occupying power to respect the local laws of Crimea and provide for the health and welfare of its population.  We also remind Russia that the situation in Crimea is of concern to all participating States, in line with the Astana Declaration, and call on Russia once again to allow the OSCE to fully monitor the human rights situation on the peninsula.

Russia has dangerously undermined international peace and security by occupying and attempting to annex the territory of its neighbor.  Russia’s violation of international law and our shared Helsinki principles, and its rejection of the commitments that are the basis of 70 years of post-war international order, have made the world more dangerous for us all.

The United States affirms its full support for Ukraine’s sovereignty, independence, and territorial integrity within its internationally-recognized borders.  As we have said before, the lifting of Crimea-related sanctions on Russia is tied to Russia returning control of the peninsula to Ukraine.