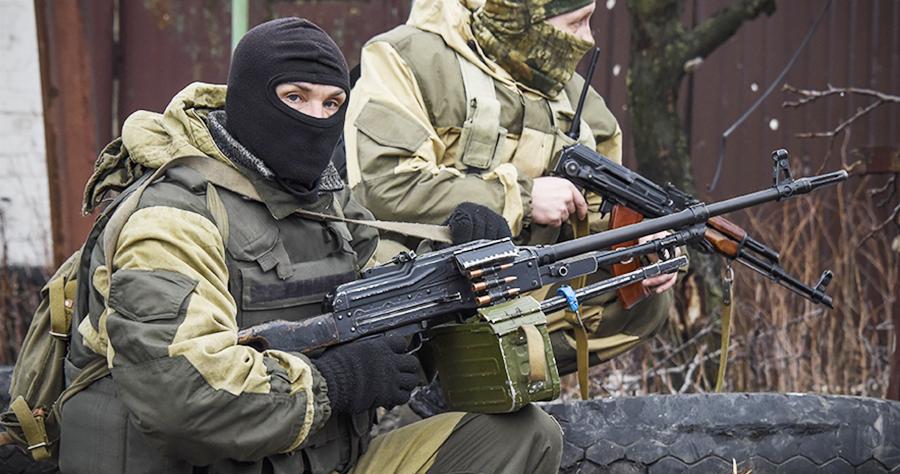 We witnessed another week of violence as a result of Russia’s aggression in Ukraine. The SMM reported a three-fold increase in heavy weapons fire, including the use, for the first time since February, of dangerous Multiple Launch Rocket Systems. This latest surge underscores the volatility across the conflict area and the critical need for a durable ceasefire.

In this fragile security environment, the Donetsk Filtration Station and other critical infrastructure remain highly vulnerable to a catastrophic attack. It is imperative that all forces fully respect the security guarantees in the Minsk agreements. We salute the SMM’s commitment to ensuring that the dedicated employees of the Voda Donbassa can access the facilities that provide potable water to over 300,000 people. Finding ways to reduce the risk of chemical contamination at this and other sites is long overdue.

Ukraine has voiced its support for a deployment of international environmental experts under the auspices of the Trilateral Contact Group. We call on Russia to do the same. With tens, if not hundreds, of thousands of lives on the line, there is no time for political games. We applaud the SMM and Trilateral Contact Group’s May 4 success in resolving the contentious issue concerning mobile phone coverage, restoring service to 70 percent of residents in Russia-controlled areas.

Braving persistent hazards, the SMM observed a large number of heavy weapons in areas prohibited by the Minsk agreements, which stipulated withdrawal lines to reduce the risk of violent escalation. In April, the SMM documented twice as many weapons violations in areas under control by Russian-led forces. Last week’s numbers, where proscribed weapons were witnessed more often in government-controlled areas, was an anomaly. Consider how many more weapons the SMM would have found had they not been restricted by Russia-led forces 26 times last week? That is more than 13 times the number of restrictions imposed by government forces. In one town on the contact line, Kreminets, Russian-led forces have denied the SMM access 27 times this year. One wonders what are they hiding.

Russia and the forces it arms, trains, leads and fights alongside continue to put the lives of innocent civilians at risk. Over the last two weeks, the SMM documented heavy weapons in three communities close to the contact line under the control of Russia-led forces. Positioning and firing heavy weapons in close proximity to homes, schools, and hospitals unnecessarily endanger civilians. Clearly, all forces must exercise restraint and ensure they take no action that places civilians at undue risk. Accordingly, the United States calls for the immediate removal of proscribed weapons in compliance with the Minsk agreements. This is all the more imperative when considering an estimated 100,000 children attend school near the line of contact. Both UNICEF and the SMM have reported that children are routinely forced to run to shelters or drop to the ground to take cover. No child should have to face these daily horrors, yet Russia shows no political will to end the carnage.

Russia may claim it cares for the welfare of the people living in the Donbas. But it is Russia that has imposed, through its proxies, stringent restrictions on aid organizations operating in territory under its control. The continued Russian practice of sending so-called “humanitarian aid” convoys without allowing verification of their cargo, as again reported on May 8, is in direct violation of Ukraine’s territorial integrity. The Minsk agreements are clear: humanitarian relief must be delivered through an internationally recognized mechanism and Russia must withdraw its armed formations, not illicitly – and illegally – resupply them.

Ongoing attacks, jamming and other interference against the SMM’s unmanned aerial vehicle also violate the Minsk agreements, as well as the mandate we all approved for the SMM. The SMM’s UAVs bring transparency and predictability to the security zone. Yet the SMM’s UAVs have come under small-arms fire 19 times in the first four months this year – already surpassing the number of times Russia and its forces interfered with SMM equipment in all of 2017.

Elsewhere in Ukraine, Russia shows no sign of ending its campaign of harassment and abuse of ethnic Tatar and Ukrainian activists in Crimea. Ihor Movenko was sentenced to two years in prison on spurious charges of so-called “extremism” – simply for re-affirming on social media that Crimea is part of Ukraine. By contrast, no charges were brought against the man who attacked Movenko simply for displaying his country’s – Ukraine’s – symbols on his motorcycle. Movenko’s case demonstrates Russia’s failure to protect the ability of individuals to express themselves freely and to guarantee due process.

In closing, Mr. Chair, Russia’s conduct in Ukraine undermines the core principles and commitments of the OSCE, as well as our common security. Let me reiterate that the United States fully supports Ukraine’s sovereignty, independence, and territorial integrity within its internationally recognized borders. We do not, nor will we ever, recognize Russia’s purported annexation of Crimea. Crimea-related sanctions on Russia will remain in place until Russia returns full control of the peninsula to Ukraine. We join our European and other partners in restating that our sanctions against Russia for its aggression in eastern Ukraine will remain until Russia fully implements its commitments under the Minsk agreements.