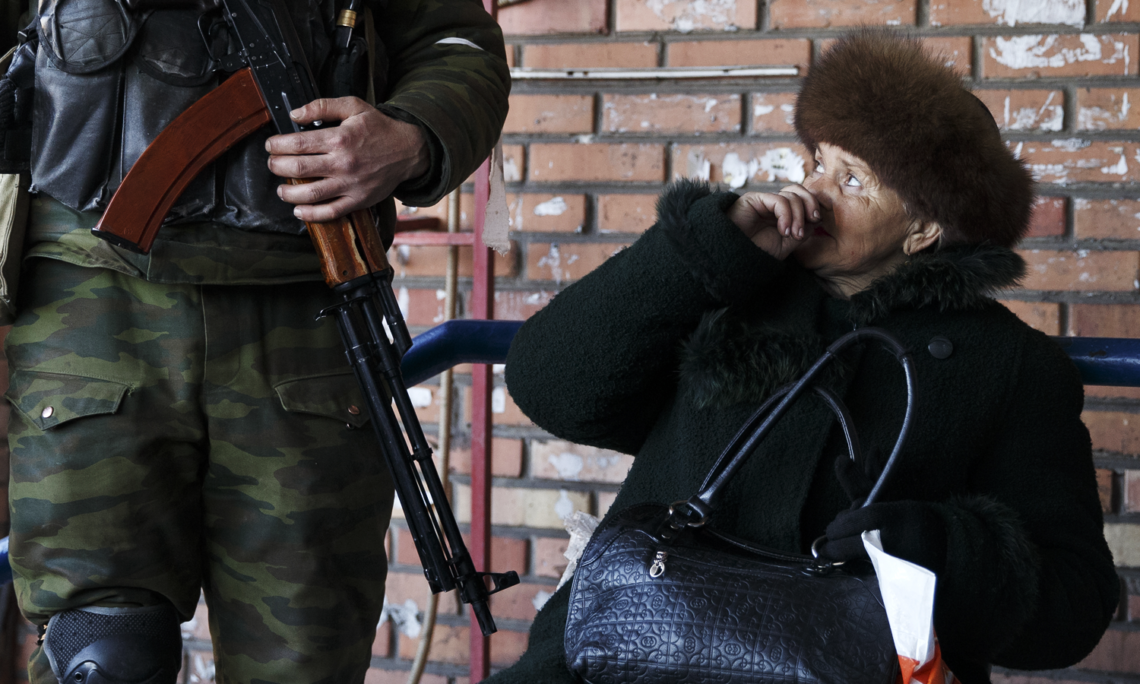 The Russia-manufactured conflict in eastern Ukraine shows no sign of abating. This is a conflict in which exceptionally deadly and destructive weapon systems are used daily and where just one ceasefire violation can have a catastrophic effect on people in the area. The daily metrics of ceasefire violations do not reflect the full consequences of Russia’s five-year-long military aggression against Ukraine: more than 10,000 killed and 1.5 million displaced.

The United States believes that the Minsk agreements – in their totality – are the best path to peace and resolution of the Ukraine conflict. The process will only work, however, when both sides act in good faith and take steps towards implementation of the agreements as envisioned when signed. Ukraine has moved in this direction with the extension of the Special Status Law.

Russia and its proxies, however, have only taken steps backward, the latest of which was the November 11 so-called “elections” in the Donbas. The United States joins the European Union, the G-7, and the vast majority of this Council in condemning Russia’s sham “elections” in Donetsk and Luhansk and refusing to recognize their results. Mr. Chair, we are troubled by reports that Russia’s proxy authorities coerced public sector workers and students into voting in these fake elections. Russia must make good on its pledges to improve security conditions by implementing a true and lasting ceasefire, withdrawing the forces it controls from the line of contact and storing weapons in accordance with Minsk provisions.

The United States repeats its call for the sides to fulfill their pledges to disengage and pull back forces from designated areas. We note with concern the deteriorating situation in the Zolote disengagement area. On November 15, an SMM UAV spotted at least 600 anti-tank mines, split between two locations, within 700 meters of a checkpoint belonging to the Russia-led forces. On November 16, reports indicated that a local water company shut down a pumping station in the vicinity of Zolote because of damage from artillery fire. The incident followed reports that repair works to the water system supplying Popasna city were also disrupted on November 14.

Mr. Chair, the civilian population, particularly the population in areas controlled by Russia, bears the burden of this conflict in Ukraine, despite Russia’s propaganda stating the contrary. Russia falsely claims that its proxies and militants act in defense of linguistic minorities in the Donbas. In fact, Moscow’s policies and aggression are what have caused the suffering in eastern Ukraine since 2014. The militarization of the areas surrounding critical humanitarian infrastructure is just another example. The United States calls for the establishment of safety zones around pieces of critical civilian infrastructure – such as schools, hospitals, and utility works – to reduce unnecessary suffering.

The United States reaffirms its support for the SMM as the international community’s eyes and ears in Ukraine. We denounce all attempts to restrict the Mission in its mandate and remind other participating States that the SMM’s mandate calls for safe and secure access throughout the entirety of Ukraine, to include its internationally recognized border with Russia. Any form of interference with SMM operations, to include shooting down or jamming the Mission’s UAV assets, is unacceptable. Russia must answer for the SMM’s long-range UAV that was shot down while observing illegal cross-border activity along the Russian border on October 27. In response to Russia’s many violations of Ukraine’s sovereignty and territorial integrity along the internationally recognized Russia-Ukraine border, the United States joins other States in calling for a draft ministerial declaration on improving transparency along the border.

Mr. Chair, Russia also engages in provocative actions in the Kerch Strait and the Sea of Azov, where it delays commercial vessels bound for Ukrainian ports. These delays are another example of Russia’s efforts to damage the Ukrainian economy and to destabilize the country. Mr. Chair, the United States is also deeply concerned about the plight of Jehovah’s Witnesses living in Ukraine’s Crimean Peninsula under Russian occupation. On November 16, Russian security services reportedly raided more than 30 houses belonging to members of this religious community in Dzhankoy. At least three people, including the leader of the community, were detained on spurious charges of “organizing an extremist community.” Peacefully practicing one’s religion is not extremism; it is exercising the freedom of religion or belief.

Mr. Chair, the United States fully supports Ukraine’s sovereignty, independence, and territorial integrity within its internationally recognized borders, extending to its territorial waters. We do not, nor will we ever, recognize Russia’s purported annexation of Crimea. We join our European and other partners in affirming that our Minsk-related sanctions against Russia will remain in place until Russia fully implements its Minsk commitments. The separate, Crimea-related sanctions will remain in place until Russia returns full control of the peninsula to Ukraine.