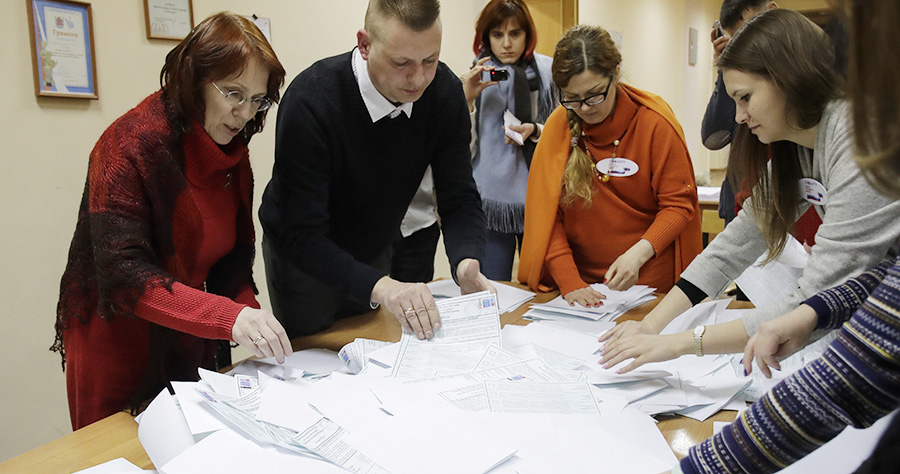 The United States welcomed the preliminary report on the March 18 Russian presidential election by the observer mission of the OSCE Office for Democratic Institutions and Human Rights (ODIHR) and the OSCE Parliamentary Assembly (PA). We note the report’s findings that the election “took place in an overly controlled legal and political environment marked by continued pressure on critical voices.”

Mr. Chair, the report further notes that restrictions on fundamental freedoms of assembly, association, and expression, as well as on candidate registration, limited the space for political engagement. This resulted in a lack of genuine competition and an uneven playing field for the candidates.

The observer mission’s report highlights these and other contraventions of OSCE commitments, including instances of pressure on voters to take part in the election. We urge Russian authorities to address the shortcomings reported by the OSCE observation mission, as they are contrary to Russia’s OSCE commitments and international obligations.

Mr. Chair, as we repeatedly noted, the United States does not recognize the Russian election staged in Crimea on March 18.

Mr. Chair, just as Crimea remains a part of Ukraine, Abkhazia and South Ossetia are parts of Georgia, despite Russia’s occupation and efforts to deepen its military, political, and economic integration with the breakaway regions. Russia’s decision to administer its Presidential elections in the occupied Georgian territories of South Ossetia and Abkhazia, in violation of Georgia’s territorial integrity, are equally unacceptable, and contravene the principles underlying the Geneva International Discussions.

Finally, Mr. Chair, we commend the work of the International Election Observation Mission. Not only in the Russian Federation, but throughout the OSCE region. The cooperation of ODIHR and the OSCE PA in this realm plays a valuable role in promoting democratic institutions and governance.