Home Home | News & Events | On the Scales of Contribution: Statement to the Reinforced Meeting of PC 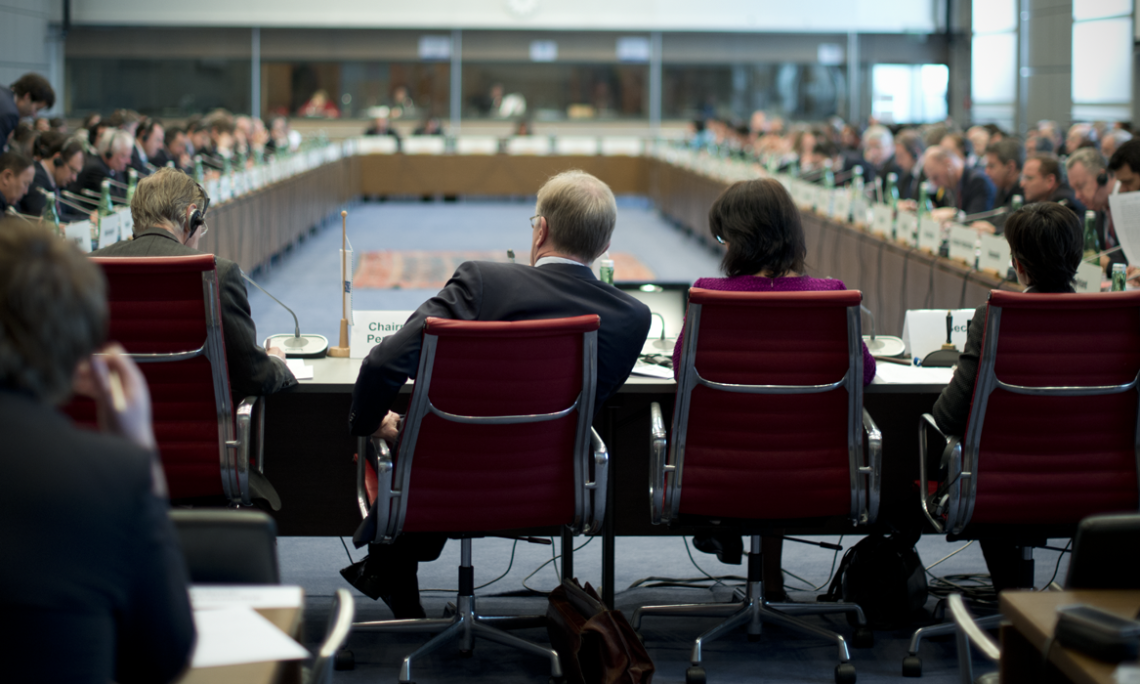 Inside a joint session of the OSCE Forum for Security Cooperation and Permanent Council, Vienna, March 9, 2016. (USOSCE/Colin Peters)

The United States thanks Ambassador Stefan-Bastl for her presentation and for her diligent efforts thus far on Scales of Contribution reform. As I’ve said to you before, I don’t envy your task. We remain committed to finding an appropriate, consensus-based mechanism for financing the OSCE’s vital work and will continue to engage constructively with all participating States toward this goal.

The United States has provided generous support to our common goals of security and cooperation since Europe emerged from the devastation of World War II, when the United States implemented the Marshall Plan to provide more than $11 billion then — more than $120 billion in today’s money — to help rebuild European economies. In 1949, we joined 11 allies to create NATO, an organization that now comprises 28, and soon 29, members and has transformed itself to meet the global challenges of the 21st century. We remain NATO’s largest contributor.

The United States also remains the single largest contributor to the OSCE. Scales of Contribution must take basic economic and other statistical factors into consideration. But capacity to pay cannot be the only criterion on which to calculate the contributions of participating States. Burden sharing within the OSCE cannot be simply translated from a table of “reliable, verifiable, and comparable” data. Contributions must also be based on fundamental geopolitical realities, including the Organization’s benefit to the European and Eurasian space. Our resource contributions are a collective investment in regional security based on the concepts of shared values, responsibilities, and commitments. Is it a fair reflection of the collective investment in the OSCE region’s security that the North American contributions currently account for nearly one fifth of the Organization’s annual budget?

OSCE contributions cannot be just a question of affordability. They must be based on political will and shared commitments. The Organization’s consensus-based decision-making process affords each participating State an equal voice within the Organization. But each State also has the responsibility to provide meaningful financial support to the Organization and to the decisions it takes. An effective OSCE in which we all are invested can produce dividends throughout the OSCE space.

The United States is proud of our long-term and significant investment in the OSCE, and our position about our own level of contribution is well-known.

Ambassador Stefan-Bastl, thank you again for your dedicated work on this important issue. The United States remains committed to finding an equitable solution and will continue to work constructively with you, the OSCE Chairmanship, and with all participating States in this regard. We encourage other delegations to do the same.