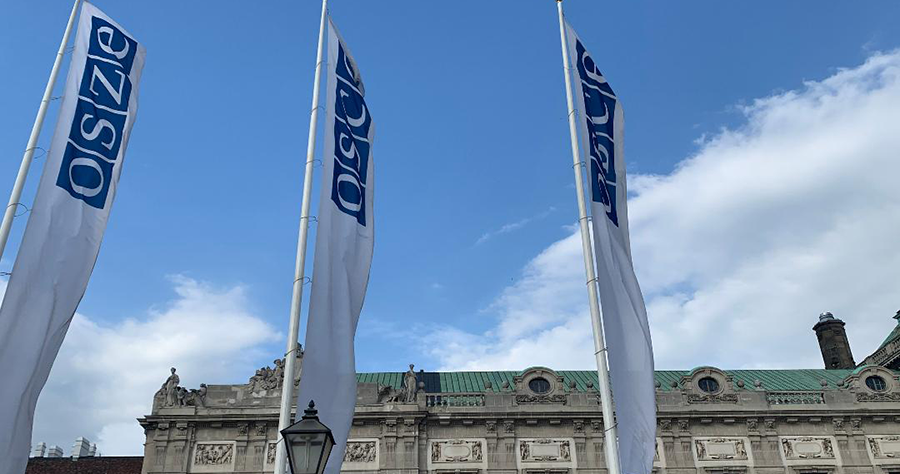 The United States appreciates the opportunity to address the issues of access to information and freedom of the media at today’s webinar.  Freedom of information is essential for the implementation of Principle VII of the Helsinki Final Act, which recognizes the right of individuals to know and act upon their human rights and fundamental freedoms, and it also is critical to advancing good governance.

Journalists in the OSCE region are targeted, physically attacked, and even killed for their work, and all too often the actual perpetrators of these crimes are not held accountable.  Daphne Caruana Galizia of Malta and Vadym Komarov of Ukraine are just two investigative reporters who have been murdered in the last few years because of their work to expose corruption.  In Russia, those who ordered the murders of courageous journalists like Natalia Estemirova, Anna Politkovskaya, and Paul Klebnikov remain at large.

Violent intimidation of reporters continues in Russia.  On October 15, independent journalist Sergey Plotnikov was reportedly abducted by unknown assailants after covering the ongoing protests in Khabarovsk.  Plotnikov’s abductors reportedly handcuffed him and drove him to the forest outside the city, where they threatened him by shooting live rounds of ammunition into the ground near his feet.

We call on all participating States to fully implement the 2018 Milan Ministerial Decision on the Safety of Journalists in order to protect independent reporting and end impunity for crimes against journalists.

Some participating States have introduced criminal penalties that may impede public access to essential information and transparency about the COVID-19 pandemic.  Such measures erode public confidence in government at a time when trust is critical for effective implementation of responses to this virus.  In several participating States, independent journalists and media outlets are subjected to politically motivated charges for disseminating allegedly false, misleading, or unofficial information.  Amid the pandemic, it is more important than ever for journalists and media professionals to be able to work online and offline freely and without retribution.

Some participating States continue to incarcerate journalists for exercising fundamental freedoms or for covering the exercise of such freedoms by others.  For example, in Belarus, in the wake of the fraudulent August 9 elections, the authorities in Minsk have carried out a campaign of detention and abuse of peaceful protesters as well as of journalists covering the demonstrations.  Belarusian authorities have revoked journalists’ accreditation and have blocked independent media, opposition websites, and internet access.  We urge Belarusian authorities to cease this repression immediately and release detained journalists.

The United States looks forward to welcoming a newly appointed Representative on Freedom of the Media in the coming months.  In the meantime, we are confident that the RFOM Office will continue its important work advocating for freedom of expression online and offline, including for members of the media, and holding participating States accountable for their commitments on the treatment and safety of journalists.