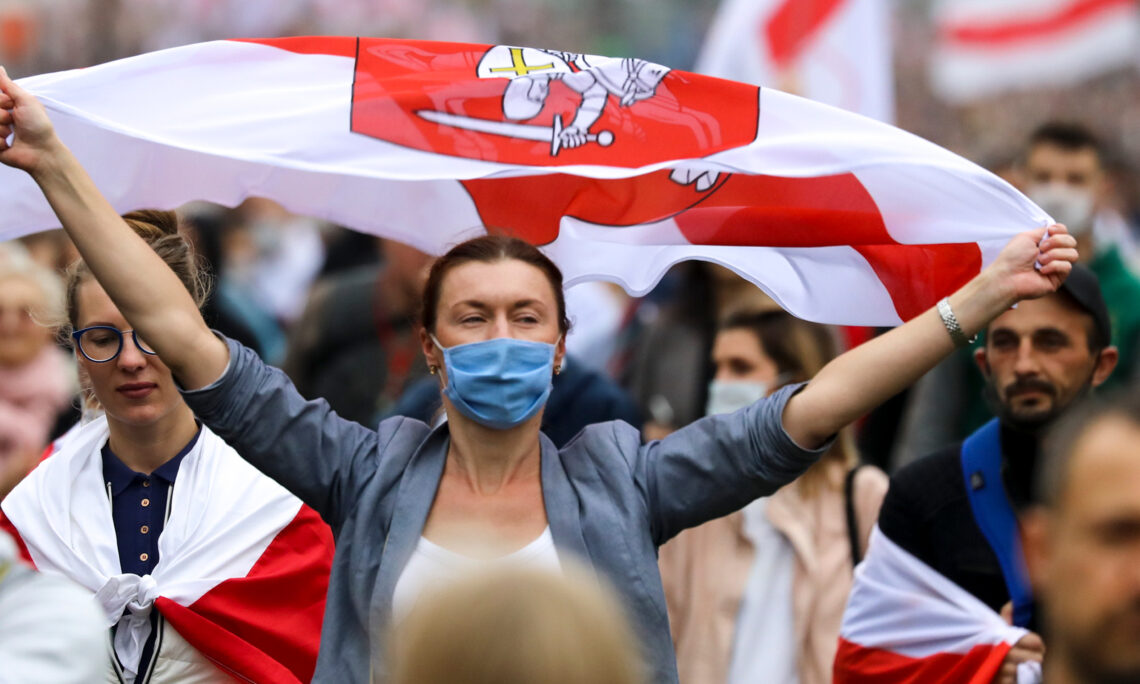 As prepared for delivery by Deputy Chief of Mission Courtney Austrian
September 28, 2020

Thank you, Deputy Director Gardapkhadze for moderating this discussion. Thank you also to our outstanding speakers. I am Courtney Austrian, the Deputy Chief of Mission at the U.S. Mission to the OSCE, and the United States welcomes this series of human dimension webinars.

I was looking forward to attending my first HDIM in Warsaw to be part of what is widely regarded as the premier annual human rights event in this region. Unfortunately, due to the COVID-19 outbreak, the OSCE made the decision to cancel the HDIM for this year only. Though not a substitute for HDIM, this series of webinars will enable participating States to interact with leading figures and NGOs in the human rights arena, to discuss compelling human rights concerns as well as effective ways to address them.

Many of the hopes of the 1990 Charter of Paris and Copenhagen Document have been realized over the past thirty years. Where once there were Communist tyrannies, many thriving democracies have emerged and tens of millions live in freedom. The participating States in 1990 realized the truth of the guiding principles of the Helsinki Final Act, linking respect for human rights within states to lasting prosperity and peaceful relations among states.

All of us are acutely aware of the fact that many in our region still cannot freely exercise their human rights without fear of retribution. Democracy is never a guaranteed given, achieved once and forever for any country, but rather something citizens must work courageously to secure and then deepen and pass on, strengthened, to the next generation.

The United States and sixteen other participating States joined together less than 10 days ago to invoke the “Moscow Mechanism” to establish an independent expert mission to examine credible reports of human rights abuses and violations, including election fraud and substantial interference with freedom of expression and the right of peaceful assembly in Belarus. The situation in Belarus will remain on the OSCE’s agenda in these meetings and in the Permanent Council. We also see these webinars and the Permanent Council discussions as important platforms for spotlighting many other human rights concerns that may not make the daily headlines but which have far-reaching consequences for the people of this region. Between now and November 6 this series of webinars will cover a broad range of issues, from racism, xenophobia and intolerance to defending and promoting the rule of law, to access to information, and freedom of the media and more. We look forward to joining NGO representatives, our fellow participating States, and panelists at each webinar to hear their views and suggestions and to offer our own perspectives on these vital topics.

The matters we will discuss in these Webinars – governments and civil society together – go to the heart of OSCE’s Human Dimension and to the human rights and fundamental freedoms essential to prosperity and peace. My delegation and I are honored to participate.