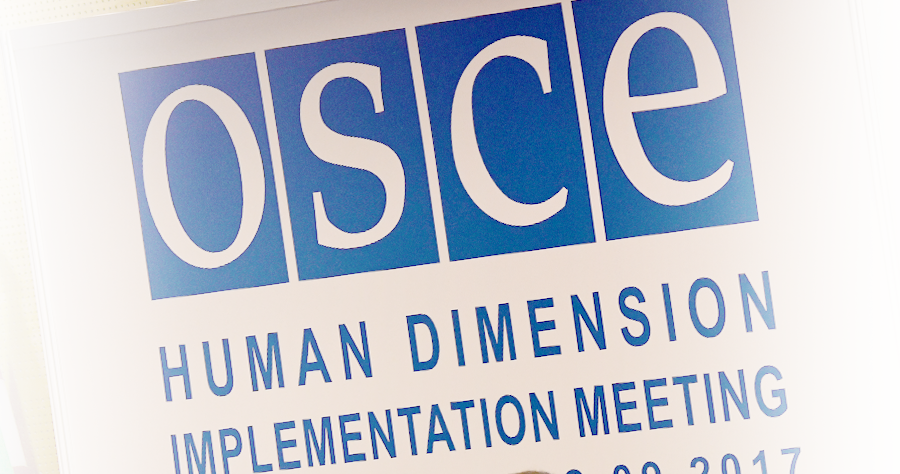 US Statement on Economic, Social and Cultural Rights at HDIM Session 15

As prepared for delivery by Ambassador Michael Kozak, Head of Delegation
Warsaw
September 21, 2017

Terrorism and violent extremism must be addressed from all perspectives, including the economic, social, and cultural. But we should not and empirically cannot associate terrorism with any one race, religion, nationality, or civilization. As Secretary Tillerson has stated, terrorism manifests itself in many types of organizations.

Violent extremism often thrives on justice deficits and governance gaps. Perceptions of inequality do seem to matter – the perception that one’s ethnic or religious group is systematically marginalized, discriminated against, or threatened, for example. Recruiters amplify and exploit grievances.

Few violent extremist recruits are motivated solely by money. But they can be motivated by the desire for respect and prestige. Fostering alternative pathways to respect and prestige requires more than swift injections of cash or short-term skill building. It demands long-term opportunities that satisfy the need for belonging, identity, justice, and status.

Respect for fundamental freedoms empowers those countering violent extremism. Respect for human rights permits the growth of healthy political processes that give youth hope and an ability to lead in shaping their future through peaceful means. Conversely, when governments do not respect human rights, they foster grievances and undermine security. Inclusive societies that respect freedoms of expression, peaceful assembly, and association, and provide equal opportunity in the economic, social, and cultural spheres, are key to countering radicalization to violence. This includes the ability of individuals to disagree with one another peacefully and with civility.

My delegation condemns violent extremism and rejects xenophobia, racism, and intolerance. We strongly support freedom of expression and freedom of religion or belief, and we oppose invidious discrimination in economic, social, and cultural spheres. These values are not mutually exclusive but strongly complement each other.

It is important to uphold the longstanding practice at HDIM of giving NGOs an opportunity to present their views, whether popular or unpopular, sympathetic or offensive. Last week, a number of delegations as well as ODIHR expressed concerns regarding presentations made by several NGOs.

We should do more than dismiss these statements for not adhering to OSCE principles and commitments. We believe that it is incumbent upon us as participating States to respond substantively to their assertions. By doing so, we may be able to inform the thinking of wider audiences. We don’t want to play into a false narrative that here at HDIM participating States exempt from criticism certain practices we condemn or propositions with which we disagree. Despite the time restraints in which we operate, a range of opinions can and should be heard. That does not mean they are equally persuasive. We would like to make two key points.

First, ascribing to an entire group the views or behavior of a minority of the group is not only unjust but counterproductive to countering violent extremism and promoting tolerance.

Second, we reject the suggestion that the international community ignores violations and abuses of human rights when they are purportedly justified in the name of religion. Many countries in the OSCE, including the United States, object to this relativist view of human rights.

For example, we reject and work to eliminate the practices of female genital mutilation and cutting and child, early and forced marriage, regardless of whether some attempt to use religion, culture, or tradition to justify these practices. Previous OSCE side events have addressed these issues.

Likewise, many countries in the OSCE are working hard to combat any effort to justify violence against LGBTI individuals on any grounds. Ramzan Kadyrov seeks to justify the reported campaign against gay men in Chechnya with religion and culture. The United States and many others here have condemned this violence and have called on the Russian government to thoroughly investigate.

It’s also important to point out that the ideas enunciated in the Cairo Declaration of the Organization of Islamic Cooperation have been used by some governments to jail their political critics and opponents on religious grounds. Over the past two decades, the United States and many other countries have challenged such anti-democratic and anti-human rights efforts in international fora with notable success.

In conclusion, we should not ascribe responsibility to an entire religious group for the abuses of some of its members. But we must also make clear that all human rights and belong to all members of all groups. Asserting that human rights violations and abuses are justified on religious or cultural grounds does not get you a pass –it gets you condemnation.

We believe that if we advance these principles, we will make progress in addressing the drivers of violent extremism.