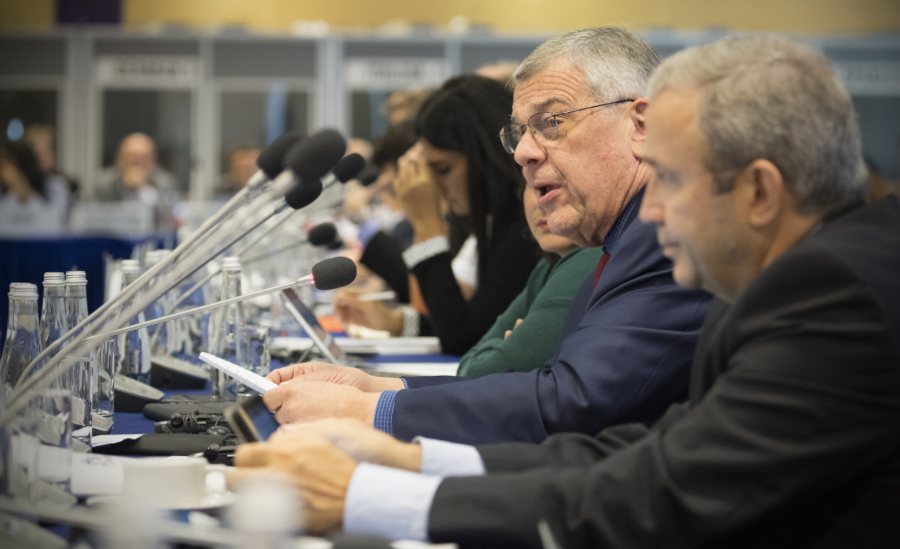 As prepared for delivery by Ambassador Michael Kozak, Head of Delegation
Warsaw
September 13, 2017

Equal participation in political life is an integral part of forming a cohesive and inclusive society and should include members of minority groups and women. Every member should feel that his or her participation in public life is important and can have an impact. Laws and restrictions that effectively limit or prohibit individual participation are damaging, and can sew discord and marginalization. Participating States should assess their efforts through the lens of increasing participation throughout all members of society.

We note that increasing political participation was explicitly included in the 2003 OSCE Action Plan on Roma and Sinti and the 2013 Ministerial Decision on Roma. Additionally, in 2016, the OSCE published a “Compendium of Good Practices for Advancing Women’s Political Participation in the OSCE region.” We urge participating States to implement the 2009 OSCE Ministerial Council Decision on Women’s Participation in Political and Public Life and the OSCE’s 2004 Gender Action Plan, which also includes a focus on women belonging to national minorities.

In addition to social prejudices that inhibit more diverse political participation, some participating States have electoral laws that make it more difficult for members of minority groups to participate. In Bosnia-Herzegovina, the prohibition on Jews, Roma and members of other minorities from standing for or serving as President and in other high offices should be eliminated. In Hungary, the Minority Self-Government system has had the effect of channeling Roma away from municipal governments and into separate and unequal bodies. Moreover, as the OSCE Election Observation Mission noted, for voters who choose to identify as members of minority groups in the parliamentary elections, there is no secret ballot.

In Russian-occupied Crimea, Crimean Tatars and ethnic Ukrainians are routinely denied the right to hold peaceful public gatherings to commemorate significant historical events or celebrate their culture. The Crimean Tatar self-government body, the Mejlis, has been criminalized as an “extremist” group, with its leaders either banned from Crimea or subjected to political prosecution, and its members prosecuted for gathering or even posting on social media about the Mejlis.

We also regret that the Russian Federation was unwilling to proceed with negotiations on the proposed Ministerial Decision on Roma and Sinti Political Participation in Hamburg last year.

In Central Asia, ethnic minorities remain under-represented in decision-making processes at all levels of political institutions, particularly Uzbeks in the Kyrgyz Republic.