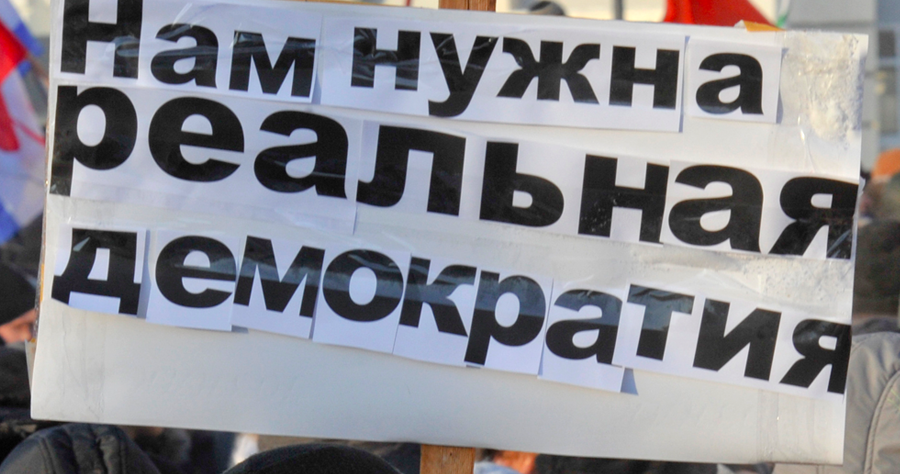 **Please see below for a correction marked with brackets.

The freedoms to assemble peacefully and to associate freely are essential for a stable, open, and dynamic society, and to democratic governance responsive to the concerns of citizens.

We commend Ukraine for providing security to LGBTI equality marches, but are concerned by reports of detentions and abuse against peaceful participants in Pride events in Turkey.

[In Russia-occupied Crimea, Aktem Chiygoz received an 8-year sentence yesterday in connection with spurious charges related to a demonstration prior to Russia’s occupation. This is the latest politically-motivated action against the leadership of the Crimean Tatar Mejlis, punishing the community for its opposition to Russia’s attempted annexation. The United States rejects Russia’s illegitimate occupation and purported annexation of Crimea, which remains part of Ukraine.]

The government of Kazakhstan has used charges of “incitement to social discord” to repress the organization of peaceful demonstrations. We call for the release of activists Maks Bokayev and Talgat Ayan, who were sentenced to five years in prison in November 2016 for participating in peaceful protests against Land Code reform. We also note increased pressure on human rights NGOs through tax audits and other burdensome reporting requirements.

We are concerned about ongoing repression of civil society and political opposition groups in Tajikistan. NGOs face increasing scrutiny, including unduly burdensome inspections and reporting requirements that create a climate of self-censorship. Local authorities have retaliated against the relatives of opposition activists abroad through detentions, intimidation, and travel bans.

In Belarus, there are severe restrictions on the freedoms of peaceful assembly and association. Despite finally registering “Tell The Truth” in May, the government refuses to register other human rights and political organizations. In February and March, socio-economic protests were met with a crackdown. More than 1,000 protesters were detained and over a dozen arbitrarily held for over two months. The government continues to deny permits for demonstrations across the country in an attempt to silence opposition voices.

We urge Azerbaijan to cease its harassment of opposition figures, including the incarceration or administrative detention of opposition party members, and the firing of those who attend rallies or support opposition parties via social media. We call for the release of those incarcerated for exercising their freedoms of association and peaceful assembly. We also urge Azerbaijan to improve the environment for civil society, including by amending restrictive NGO legislation, unfreezing bank accounts of NGOs and their leaders, and returning confiscated equipment.

We remain deeply concerned by Turkey’s continued detention of Amnesty International’s Turkey Chair Taner Kiliç and Turkey Director İdil Eser. Ms. Eser was seized along with several other prominent human rights defenders during a workshop in July. Their detention is a misapplication of the country’s anti-terror laws.

We condemn the detention of peaceful protesters in Russia earlier this year. Over 17,000 people were arrested on June 12 alone. Some of them were arrested simply for reading the Russian Constitution in a public place. Opposition leader Alexander Navalny has been the target of repression for his role in organizing public demonstrations. This is part of a pattern of abuse that deprives Russian citizens of the essential conditions for free and fair elections. We remain concerned by Russia’s restrictive laws on “foreign agents” and “undesirable foreign organizations,” which continue to be used to stigmatize, silence, and even shutter independent civil society organizations.

Hungary adopted a law in June that will weaken the ability of Hungarians to organize and address concerns. While the stated goal is to ensure transparency regarding funding from abroad, in reality the bill stigmatizes civil society organizations working to combat corruption and promote good governance. The law is particularly concerning given the erosion of checks and balances in Hungary.

Assertions by participating States that their restrictive legislation regarding foreign funding of NGOs is similar to the Foreign Agents Registration Act (FARA) in the United States are patently false. Our law does not penalize those who disagree with our policies or practices, whether they happen to be NGOs or foreign governments. FARA is a public disclosure law. It does not restrict lobbying or advocacy in the United States, nor does it restrict receipt of foreign funding by NGOs. We only require that actual representatives of foreign governments register and disclose that they are acting as such.