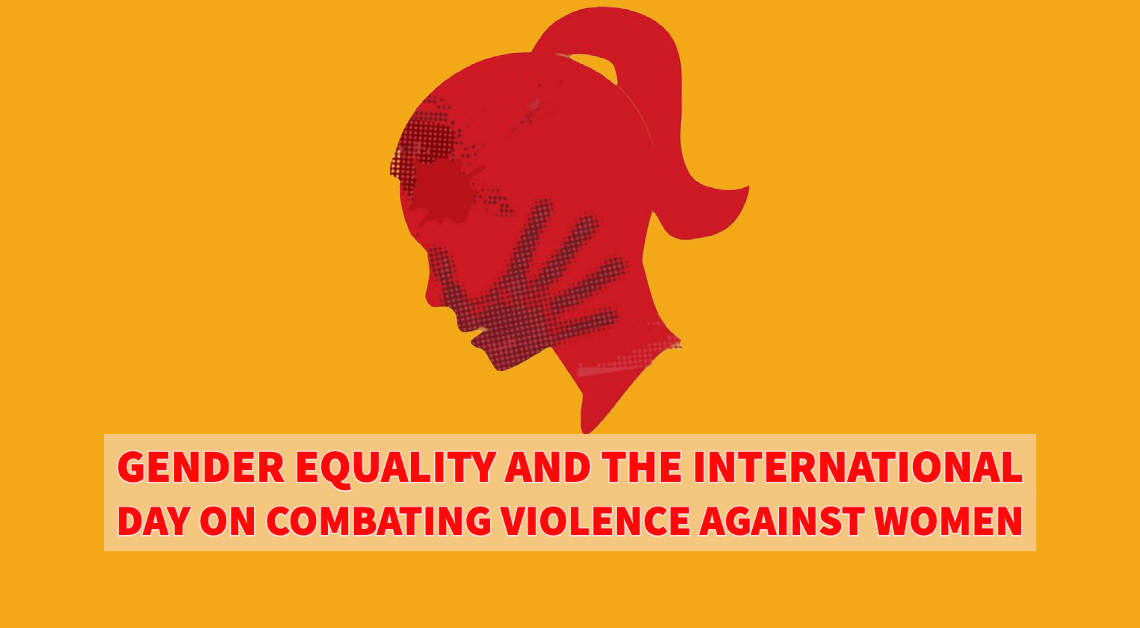 I am pleased that the Chairperson’s theme this month is gender equality.  It’s certainly timely.  Not only is this a key theme in many of the texts our delegations are currently negotiating, but today we mark the International Day for the Elimination of Violence Against Women, which launches the “16 Days of Activism Campaign Against Gender-Based Violence.”

Sadly, the numbers show that gender-based violence is a global scourge.  In 2018, the last time comprehensive statistics were available, UN Women estimated that nearly one in three women worldwide over the age of 15 experience intimate partner violence or non-partner sexual violence in their lifetime, and that nearly one in seven had experienced violence by a partner during a 12-month period.   Since then, women have faced several unprecedented challenges as a result of the COVID-19 pandemic.  Reports of domestic violence increased worldwide as COVID-19-related stay-at-home orders and general restrictions on movement trapped many survivors of domestic violence in the same space as the perpetrators.  Moreover, many women lost jobs and livelihoods due to the economic impact of the COVID crisis, while others had to stay home to care for children after schools pivoted to online education.

While it is true that we are taking steps to address these barriers, including when participating States just last week considered best practices and gaps in countering gender-based violence at the Human Dimension Seminar, there is still much work to be done.  We must all work to encourage women’s economic recovery from the pandemic to lessen the chances that some women will become more vulnerable to violence and human trafficking as a result.  We must also step up our efforts to advance women’s roles in peace and security processes.

Enforcement of good policies to prevent or respond to all forms of gender-based violence, including violence against women, is sadly insufficient, and in some places lacking altogether. No country can afford to have women kept from advancing in the workplace because of sexual harassment, discriminatory laws and practices, regulations and business conditions, or lack of access to property rights, finance, training, technology, markets, mentors, and networks.  Not only is it wrong, it makes no sense.  Increased participation in the workforce by women could add $20 trillion to the global economy by 2050, according to an analysis by Bloomberg.

Madam Chair, we attach great value to this month’s priority focus on gender equality.  We note in this context that several participating States still lack specific laws against sexual harassment in the workplace.  The best inoculation against gender-based violence is advancing gender equity and equality.  That is why the White House released the first-ever, government-wide U.S. National Strategy on Gender Equity and Equality on October 22, reaffirming the Biden-Harris administration’s commitment to gender equity, equality, the empowerment of women, girls, and LGBTQI+ people at home and around the world.  Eliminating gender-based violence is one of the 10 cornerstone priorities for realizing our vision of gender equity and equality.  Likewise, the United States is a global leader in advancing UN Security Council Resolution 1325 on Women, Peace, and Security, backed up by federal legislation in our country since 2017.  Preventing and countering conflict-related sexual violence is among the top priorities of our Women, Peace, and Security agenda.

At the OSCE, the United States will continue to be a strong advocate for preventing and responding to gender-based violence and advancing gender equality and the Women, Peace and Security agenda.  I hope that together we can seize the opportunity at the Stockholm Ministerial Council next week to recommit to promoting gender equality and to strengthening our commitments to women’s economic empowerment, inclusive security, and the Women, Peace, and Security agenda.