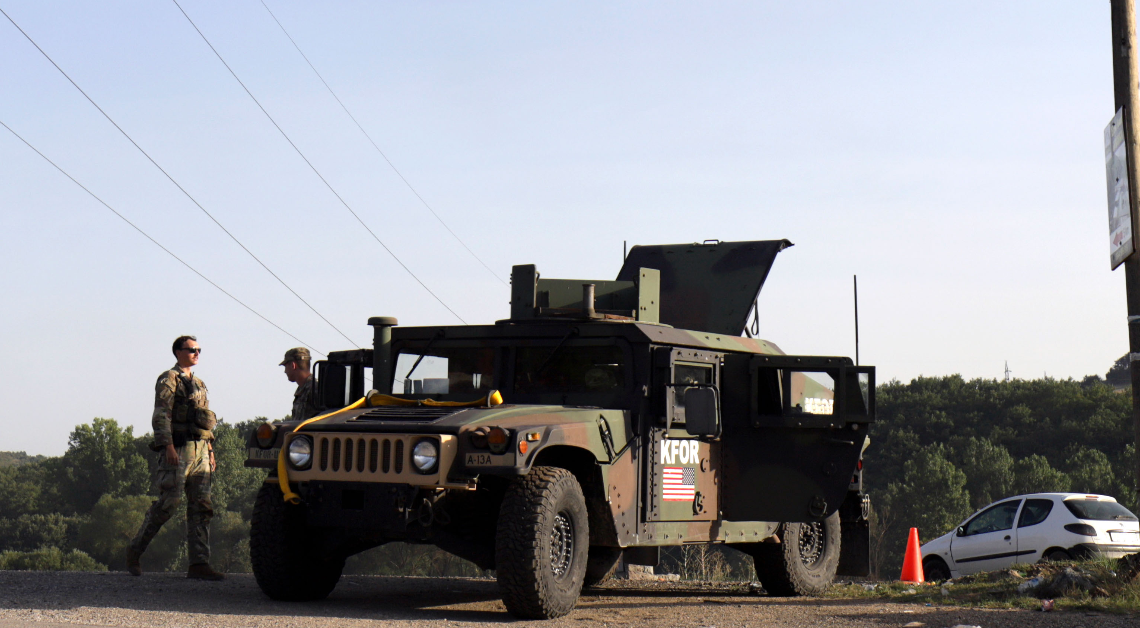 US soldiers serving in NATO-led peacekeeping force KFOR, guard a checkpoint on the road near the village of Leposavic, northern Kosovo. (AP Photo/Bojan Slavkovic)

The United States agrees with the European Union that the recent developments regarding relations between Kosovo and Serbia are of great concern and put at risk important progress achieved in the EU-facilitated Dialogue.  The parties must take steps to reduce tensions, ensure peace, and move forward towards normalization of relations.  The withdrawal of some Kosovan Serbs from Kosovan institutions is not a solution to the current dispute and has the potential to further escalate tensions.  Actions and rhetoric that increase the possibility of violence place innocent lives and those of international peacekeeping forces in unnecessary jeopardy.

The United States therefore joins the EU in calling on all parties to carry out their Dialogue commitments.  We call on Kosovo to extend the deadline for re-registration of vehicles to allow for an effective public education campaign and to refrain from punitive action against KM plate holders, such as fines or seizures.  At the same time, the U.S. condemns criminal acts such as burning or destroying property and any other efforts to intimidate those with or intending to obtain RKS car plates under Kosovan law.  We also call on Kosovan Serb representatives to return to the Kosovo institutions to fulfill their duties, including in the police, judiciary, and local administrations.  Among Kosovo’s Dialogue commitments is also to move forward on an Association of Serb Majority Municipalities (ASM) in accordance with the Brussels Agreement and Kosovo’s Constitutional Court ruling.  Kosovo’s continued failure to do so undermines its credibility.

Recent events underscore that it is pressing for both parties now to reaffirm the path of dialogue and to refrain from further actions that could lead to violence and confrontation.  The EU-facilitated Dialogue remains the mechanism for addressing these issues and normalizing their relations on their respective EU paths.

We remain of the strong belief that it is unfortunate that Kosovo is not a member of this body and therefore remains unable to speak for itself before this body.  We look forward to the day when that can happen.