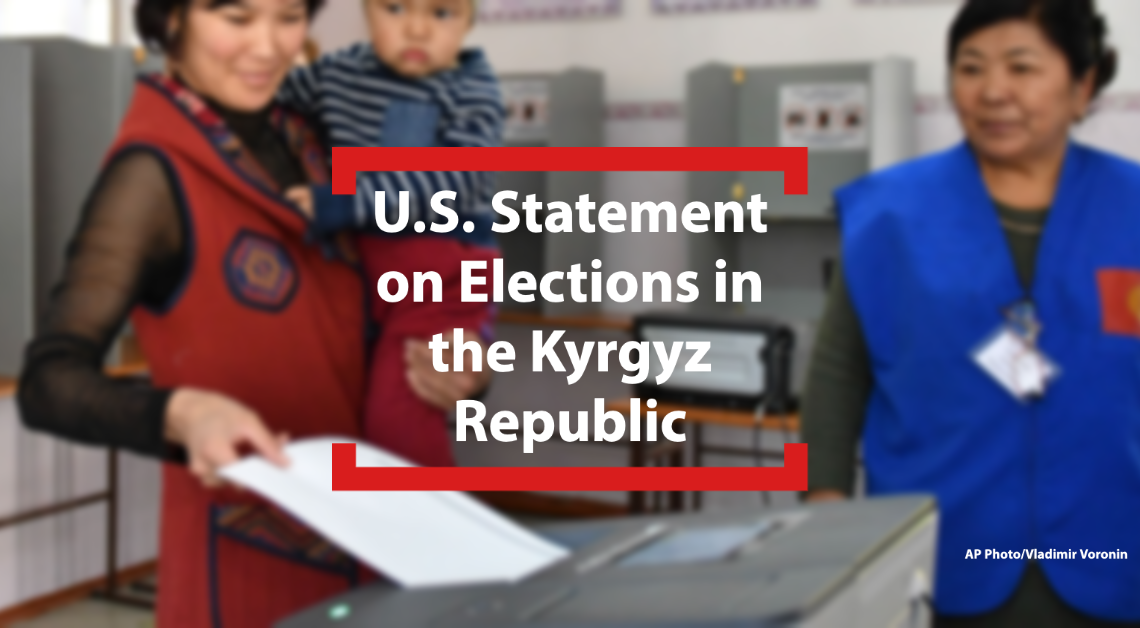 The United States congratulates Kyrgyz citizens for their active engagement in the Presidential Elections on January 10.  We commend the Central Election Commission for holding a well-organized election despite the challenges posed by the corona virus pandemic.

The Organization for Security and Cooperation in Europe’s (OSCE) Parliamentary Assembly and the Office of Democratic Institutions and Human Rights (ODIHR) conducted a long-term observation mission that found that voting had proceeded peacefully, although with some significant irregularities.  The OSCE observation mission noted that voters were able to cast their ballots with reasonable secrecy, and that voting proceeded in an orderly fashion.

The Election Observation Mission also noted that one candidate benefited from disproportionate financial means and misuse of administrative resources, resulting in an uneven playing field, and the domestic observation organization Common Cause noted numerous credible allegations of voter intimidation during the campaign period and on Election Day.

We call on Kyrgyz law enforcement to investigate these alleged violations in accordance with Kyrgyz law.  Recent events in the United States serve as a reminder that democracy is always a work in progress requiring constant vigilance and a commitment to strong, independent democratic institutions.

The United States looks forward to the opportunity to work with newly elected President Japarov to deepen cooperation and partnership between our two countries through the strengthening of democratic institutions, economic development, our joint response to the pandemic, and cooperation in the fight against corruption and international organized crime.