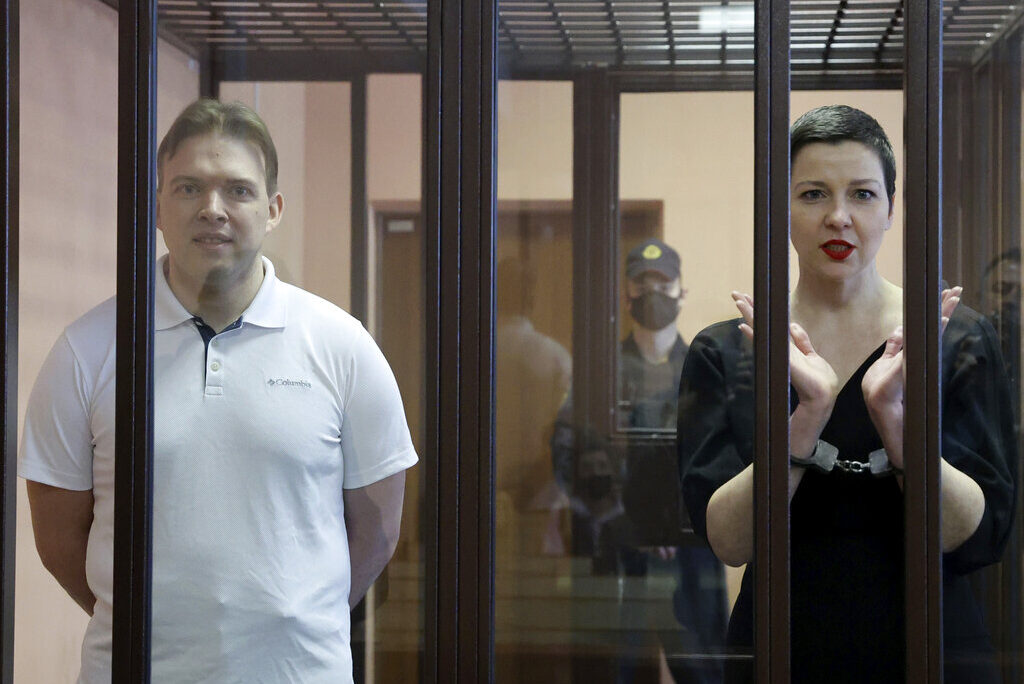 Statement on Political Prisoners In Belarus

As delivered by Ambassador Neil Bush, Head of the United Kingdom’s OSCE delegation
to the Permanent Council, Vienna
February 3, 2022

Civil society organisations reported last week that the number of political prisoners in Belarus has now reached 1,000 and continues to grow.

The Vienna (Human Dimension) Mechanism was invoked on 5 November 2021 by a group of 35 participating States, indicating continuing concerns about the situation in Belarus.  An initial response to the subsequent reply provided by the Belarusian Delegation was provided in a statement on 18 November 2021.  In that initial response, regret was expressed that there appeared to be no material change in approach by the Belarusian authorities.  The shameful milestone of 1,000 political prisoners demonstrates that it was right to remain concerned.

The initial letter invoking the Vienna Mechanism asked for information on the credible reports of continuing arbitrary or unjust arrests or detentions, and on the targeting of opposition figures.  The reply of 12 November 2021 by the Belarusian Delegation took exception to the words “political prisoner”.

We wish to be crystal clear.  By “political prisoners” we mean individuals who have been detained or imprisoned for politically motivated reasons for peacefully exercising their human rights and fundamental freedoms, including freedoms of expression, peaceful assembly and association.  It includes where the length of detention or the conditions of detention are clearly not proportionate.  In this regard, we reference the cases mentioned in the invocation of the Vienna Mechanism, including the cases of Maria Kolesnikava and Maksim Znak.

Despite the pressures they are facing, Civil Society Organisations and human rights defenders have continued to monitor the numbers of political prisoners in Belarus. The well-respected civil society organisation Viasna lists political prisoners according to the criteria of the Parliamentary Assembly of the Council of Europe (PACE).  Set against those criteria, Viasna judges that today there are currently 1,022 political prisoners in Belarus.  Unfortunately, Viasna and its staff have also been subject to harassment and unjust detention.  Some of the more than a thousand political prisoners being held include Viasna staff and volunteers, dedicated human rights defenders who want to see a better future for their country – individuals such as Viasna Chairman Ales Bialiatski, Valiantsin Stefanovich and Volunteer Coordinator Marfa Rabkova.

The Belarusian Delegation has often claimed to seek a dialogue on the issues which we have regularly raised in the Permanent Council.  The Vienna Mechanism is a tool for such dialogue, but in order for it to be a true dialogue it requires the Belarusian authorities to engage substantively, realistically and honestly on the subject.  It requires them to recognise our legitimate continuing concerns, which mirror those of civil society, independent media and human rights defenders.

As part of our efforts to create a constructive dialogue, we today ask the Delegation of Belarus to consider carefully, and reply to, the following questions:

(i) will the Belarusian authorities, in the interests of transparency and dialogue, publish their full response to the Vienna Mechanism invocation?

(ii) to enhance the base of independent evidence for our dialogue, will the Belarusian authorities invite ODIHR to monitor any criminal or administrative trials that ODIHR deem to be of wider interest to the participating States?

(iii) to enhance the base of independent evidence for our dialogue, will the Belarusian authorities agree to an inquiry by an independent international expert, or experts, given the mounting credible reports of arbitrary or unjust arrests or detentions, of the targeting for reprisal of opposition figures, and of political prisoners?

Finally, we again call for the immediate and unconditional release of all political prisoners in Belarus. We urge the Belarusian authorities to fully implement their international obligations and OSCE commitments, and to make use of the OSCE’s tools and mechanisms to help resolve the continuing crisis.

We request that this statement be added to the journal of the day.