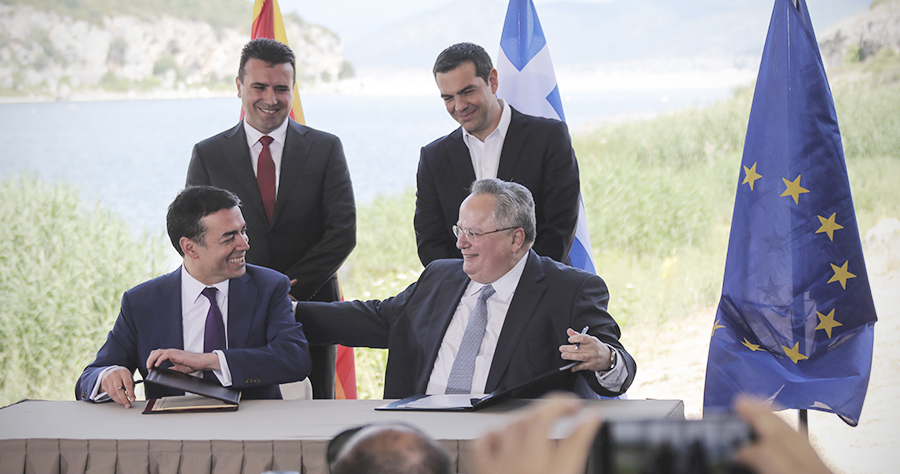 Statement on the Macedonia Referendum

As delivered by Chargé d’Affaires Greg Macris
to the Permanent Council, Vienna
October 4, 2018

Following its observation mission, the Office for Democratic Institutions and Human Rights (ODIHR) concluded that Macedonia’s September 30 referendum was administered impartially and that fundamental freedoms were respected throughout the campaign. According to ODIHR, the referendum was conducted peacefully, professionally, and without major irregularities. Macedonia’s State Elections Commission accredited 493 international and 11,927 citizen observers, including from the U.S. Embassy in Skopje. Observers were present in 90 percent of polling stations.

As State Department Spokesperson Nauert announced, the United States welcomes the results of the Republic of Macedonia’s September 30 referendum, in which citizens expressed their support for NATO and EU membership by accepting the Prespa Agreement between Macedonia and Greece. The United States supports the Agreement’s full implementation, which will allow Macedonia to take its rightful place in NATO and the EU, contributing to regional stability, security, and prosperity.

Some Macedonian citizens chose not to vote in the referendum, as is their right. The United States strongly urged all voters to participate and make their voices heard. As Prime Minister Zaev noted, the overwhelming “yes” vote means that more citizens voted in favor of resolving the name dispute than have ever voted for any one issue, person, or coalition since 1994.

As Macedonia’s parliament now begins deliberation on constitutional changes, we urge leaders to rise above partisan politics and seize this historic opportunity to secure a brighter future for the country as a full participant in Western institutions.