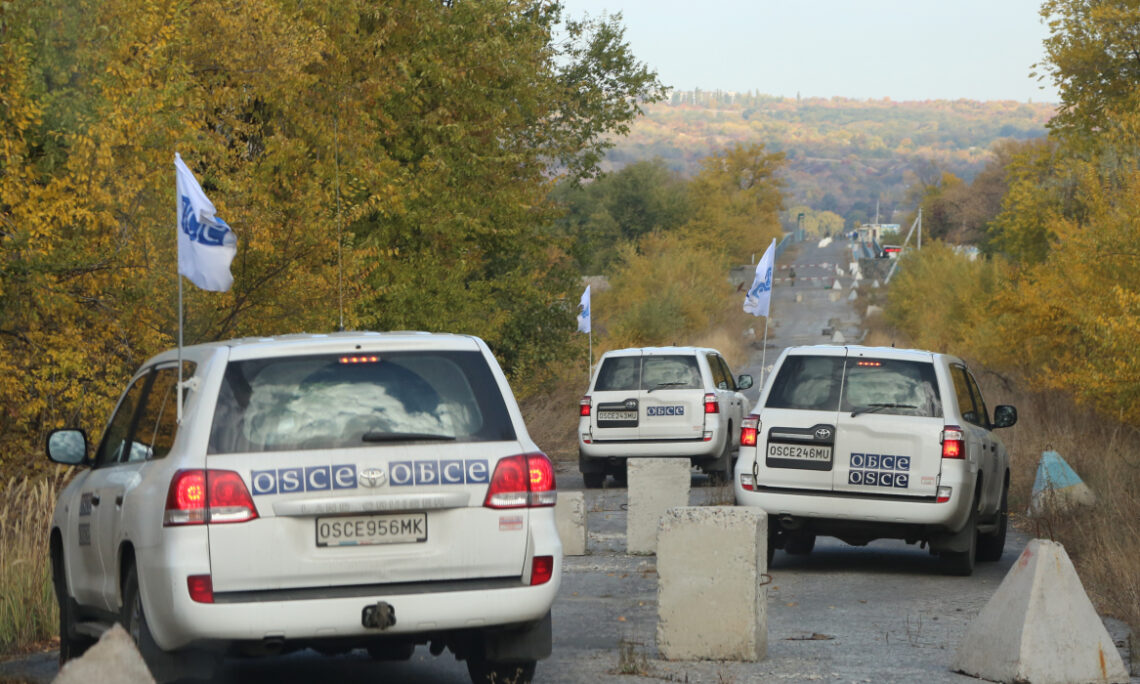 The Russian Ambassador apparently wants to be thanked for spreading disinformation.  I am not going to thank him, but I will say the more he talks the more he alienates himself from this Council.

It is deeply regrettable that the Russian Federation has blocked consensus on the mandate extension of the Special Monitoring Mission to Ukraine.  It is irresponsible and unjustifiable, but I guess it’s hardly surprising.  No one will ever forget the actions of the Russian Federation that brought us to this point today:  its prosecution of an unprovoked and barbaric war of aggression on Ukraine.  We fully sympathize and concur with the objections expressed by the distinguished Ukrainian ambassador and the host country, to closing the Mission.  We also fully support the Chair’s efforts to continue negotiations in search of consensus.

Mr. Chair, in the years following Russia’s occupation of Crimea and instigation of the conflict in eastern parts of Ukraine, the SMM has contributed to reducing tensions by monitoring and supporting the implementation of OSCE principles and commitments.  Through courage, ingenuity and grit, SMM monitors and affiliated personnel have provided impartial fact-based reporting, which brought much-needed transparency to the situation on the ground.  At the end of the day, we all saw through Russia’s pathetic shell game of hiding behind its own proxies through obfuscation and lies, pretending as if Russia didn’t have boots on the ground when we all knew perfectly well it was THE party to the conflict.

I wish to take this opportunity to thank the SMM personnel for their selfless service over the past eight years.

I also want to thank the Chief Monitor, his leadership team, and the SMM’s brave and indomitable staff for their commitment to the Mission.  They have earned our utmost respect for what they have done every day to promote stability and security in the region, and for the trauma they have suffered as a result of the Russian Federation’s invasion of Ukraine.

I also want to remember Joseph Stone and Maryna Fenina, who made the ultimate sacrifice.  On April 24, we will mark the fifth anniversary of Joseph Stone’s death, when his armored vehicle was hit by an explosion, most likely an anti-tank mine.  Maryna was killed by Russia’s shelling of Kharkiv on March 1.  We extend our condolences to their family and friends.

Dear colleagues, when the carnage ends, we will have to help Ukraine pick up the pieces and rebuild.  Ukrainians have been fighting not just for their own freedom, but for a free world on behalf of us all.  We will need the full and undiminished commitment of all peace-loving states to help them in re-constituting a sovereign, democratic and prosperous Ukraine.

Thank you, Mr. Chair.  I request this statement be attached to the Journal of the Day.