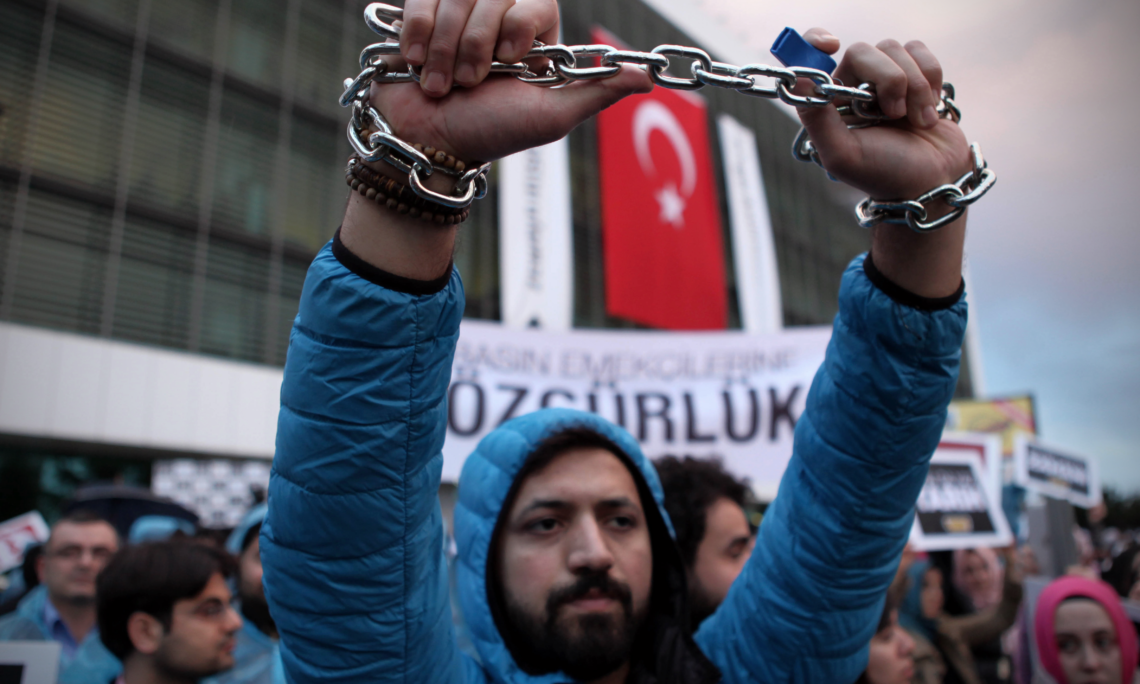 Thank you, Mr. Chair. The United States will submit a full statement for the record.

We welcome Harlem Désir as Representative on Freedom of the Media and look forward to his principled advocacy for freedom of expression online and offline.

In Turkey, hundreds of journalists have been arrested and media outlets shuttered since the coup attempt. While we recognize the security challenges that Turkey faces, freedom of expression, including for the media, strengthens democracy and needs to be protected, even when the speech is controversial or uncomfortable. We have grave concerns regarding terrorism-related charges against journalists, including 17 employees of Cumhuriyet, for which the accused may face up to 43 years in prison.

In Azerbaijan, politically-motivated tax-evasion charges and raids continue against independent media, including the Turan news agency, the country’s last independent media company. Independent websites are blocked, such as the Azerbaijani-language version of RFE/RL (Radio Free Europe). Blogger Meyman Huseynov was arrested and abused in detention. Journalist Afgan Mukhtarli reportedly was abducted from Georgia to Azerbaijan.

Journalists should never be targeted for their work. In the Russian Federation, a dangerous climate of impunity prevails for violence against journalists. Since the last HDIM, journalist Nikolai Andrushchenko was severely beaten and died from his wounds, Yevgeny Khamaganov died from blunt force trauma, and anti-corruption journalist Dmitry Popkov was shot dead. Russia must launch investigations into these murders. Russia systematically harasses independent journalists and media outlets. New laws prohibit the use of virtual private networks and require messenger services to identify all users by telephone number, chilling expression and restricting user Internet access.

In Russia-occupied Crimea, there are politically-motivated prosecutions, such as that of Ukrainian journalist Mykola Semena. The imprisonment of activists Oleg Sentsov and Olexander Kolchenko is just one tactic to quash dissent and intimidate Crimeans into self-censorship. We also condemn the detention of journalist Stanislav Aseyev by Russian-led so-called separatists in the self-proclaimed Donetsk People’s Republic.

In Belarus, some journalists, including Kanstantsin Zhukowski, still are being fined for “illegal production and distribution of media content.”

Access to information in Uzbekistan, Tajikistan, and Turkmenistan remains highly restricted, with significant government control of the media. We welcome the long-overdue release of Uzbekistan journalist Muhammed Bekjanov after 18 years of imprisonment and hope the government will reinforce this progress by improving the media environment. Kazakhstan prosecutes individuals for exercising freedom of expression online, and has moved the formal regulatory authorities over telecommunications to the state security services. Kyrgyzstan has invoked “insult” laws and targeted media outlets critical of the government. Turkmenistan should accredit members of the international press and take steps to protect domestic journalists.

We see backsliding on freedom of expression in countries that previously were on positive democratic trajectories. Serbia and Macedonia have experienced disturbing declines in media freedom in recent years. Concerns include direct government interference in media content, and in some cases intimidation by government officials. There has also been a rise in attacks and harassment. We hope that the political changes in Macedonia will lead to an improvement in the media environment.

The closure of Hungary’s leading opposition daily Népszabadság further diminished media pluralism. As of August, all regional newspapers have been acquired by pro-government oligarchs. Media plurality has been significantly weakened.

Poland’s parliament reportedly will consider legislation regulating the media. We urge the government to ensure any such legislation is in line with its international obligations and commitments.

While Ukraine has made strides toward transparency in media ownership and the development of an independent public broadcaster, we remain concerned about journalist safety. We hope Ukraine will show greater commitment to making progress on the investigation of the murder of journalist Pavel Sheremet. We reiterate our concerns about steps the Ukrainian government has taken to ban Russian social networks and institute website blocking. While there is no doubt that Russian-controlled media uses fake stories and false information to undermine the Ukrainian government, freedom of expression is a key element of every healthy democracy. We call on Ukraine to find a way to protect itself that does not undermine its international obligations and commitments or its constitutional principles.

Freedom of expression is fundamental to any democracy. Upholding and promoting a free and open press is a fundamental value of the United States, and reflected in our Constitution. We welcome constructive discussion of our record here at HDIM.