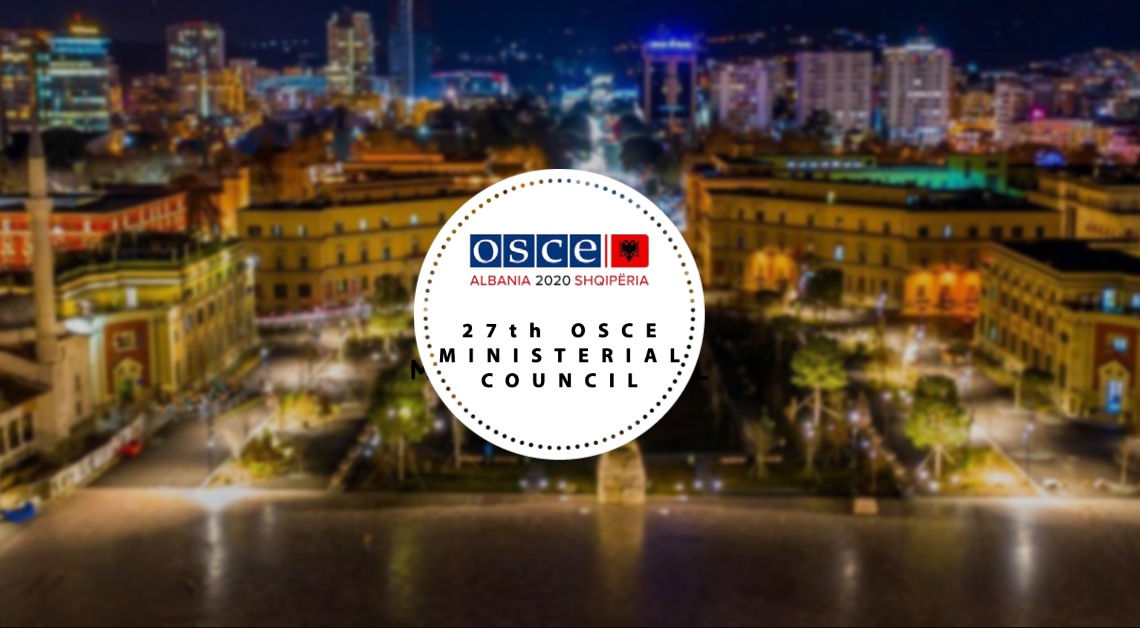 On December 3 and 4, 2020 foreign ministers and high-level government officials from across the OSCE region will meet for the OSCE Ministerial Council. This year, due to the restrictions imposed by the CoViD19 pandemic, the Chairman-in-Office Albania will host the very first virtual Ministerial Council.

Deputy Secretary of State Stephen E. Biegun will serve as the U.S. head of delegation to the Ministerial Council this year.  Deputy Secretary Biegun will join foreign ministers and senior officials of the 57 OSCE participating States, brought together under the leadership of Albanian Prime Minister Edi Rama as the chair, to discuss the full range of issues in the OSCE’s three dimensions of security (political-military, economic-environmental, and human)

But what actually takes place at a meeting of the OSCE Ministerial Council and how will this all be transferred into the virtual space?

In its strictest sense, the OSCE ‘Ministerial Council’ describes any occasion OSCE foreign ministers convene to discuss and decide on OSCE issues. In practice, the Ministerial Council meets once a year in the country acting as the OSCE’s Chair-in-Office, towards the end of that country’s period as Chair. Due to the pandemic, the meeting will not be held in Tirana, Albania, but will convene in an online format, which will be live-streamed.

Typically, during a Ministerial Council foreign ministers and senior government officials also use the opportunity to meet bilaterally and in groups, as well as engage in the behind the scenes negotiations by delegates from OSCE countries on the wording of Ministerial Decisions and Declaration, which sometimes can last till the very last minute.  There will also be some thematic ‘side events’ that are conducted on the margins of the meeting. These will be held virtually.

Visit the OSCE website at https://www.osce.org/event/mc_2020 to see decisions and declarations from this year’s OSCE Ministerial Council.

Read the full Media Note about the participation of Deputy Secretary Biegun to the OSCE Ministerial Council here.

Here are the national and joint statements made during the Ministerial Council 2020: