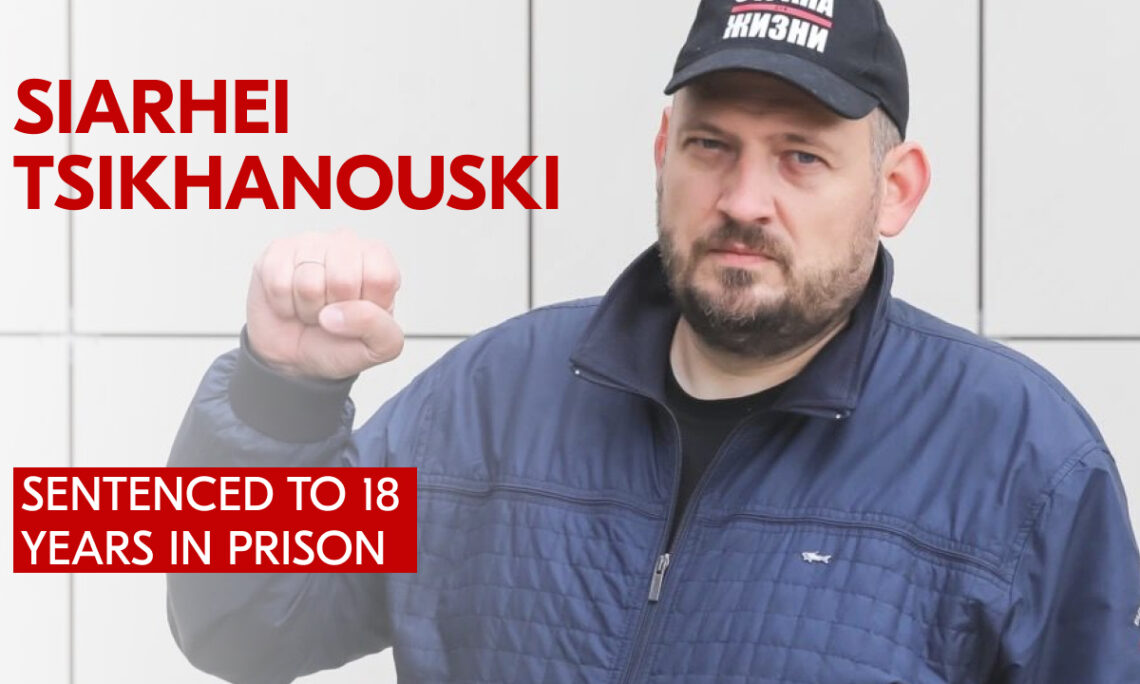 The United States condemns the December 14 politically motivated convictions of Belarusian opposition figures Syarhey Tsikhanouski, Mikalai Statkevich, Radio Liberty journalist Ihar Losik, and others in judicial proceedings that do not conform to the rule of law. Belarusian courts harshly sentenced Mr. Tsikhanouski to 18 years, Mr. Statkevich to 14 years, and Mr. Losik to 15 years in prison.  Neither these individuals, nor the Belarusian people, warrant such harsh repression.

Belarus has obligations under international law, as well as commitments as an OSCE participating State, to respect the right to a fair trial by an independent and impartial tribunal, as well as the rights of the individual to freedom of expression, association, and peaceful assembly.  Regrettably, these sentences are further evidence of the regime’s disregard for these international obligations as well as for the human rights and fundamental freedoms of Belarusians.  The Belarusian people deserve better.

We reiterate our call for the Lukashenka regime to end its crackdown on members of civil society, independent media, the political opposition, athletes, students, legal professionals and other Belarusians; to immediately release all of the more than 900 political prisoners, including Mr. Tsikhanouski, Mr. Losik, Mr. Statkevich, and others; to engage in a genuine dialogue with the democratic forces and civil society; to hold free and fair elections under international observation; to stop its cruel exploitation of vulnerable migrants; and to respect its obligations under international law.