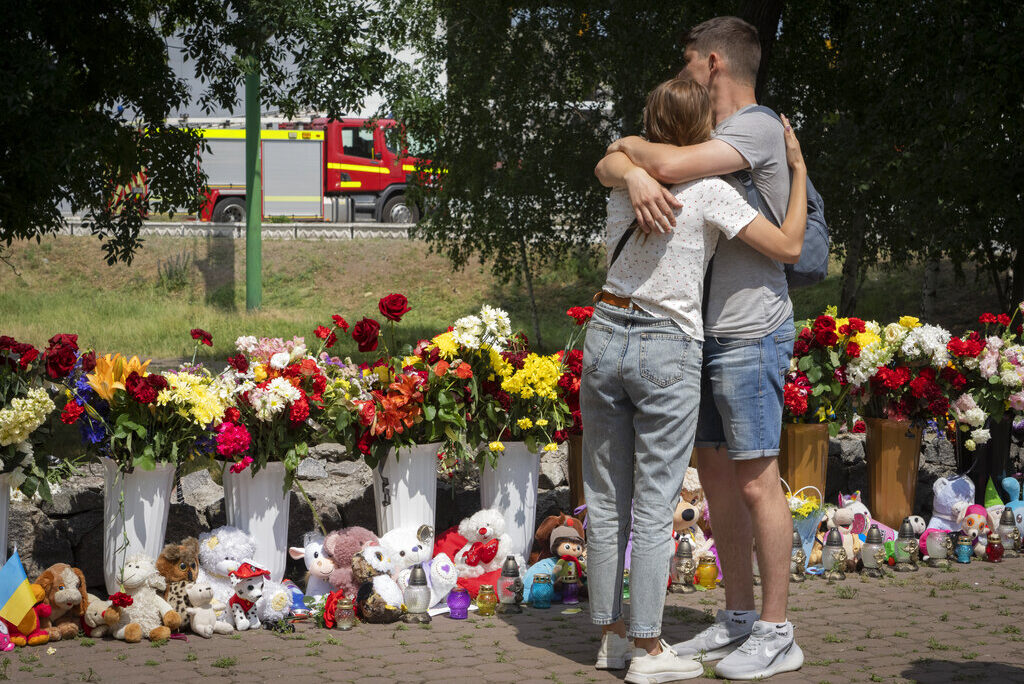 The scenes of carnage from Odessa and Kremenchuk are so abhorrent that I, for one, am starting to feel as if our vocabulary – the words we use in this Council – is simply not adequate to render the true human impact of these dastardly acts, which are occurring day after day and week after week.  Dozens of men, women, and children crushed under a residential building and ripped apart in a recreation center hit by Russian missiles in Odesa Oblast.  Scores of shoppers in Kremenchuk incinerated by another missile launched from a Russian long-range bomber.  A seven-year-old girl pulled from the rubble of a Kyiv apartment block that was destroyed by a Russian missile as she slept.  Her mother trapped under the building’s rubble for three more hours as rescuers desperately sought to save her.  Three-year-old twins wounded as a Russian missile slammed into their home outside Odesa.

Mr. Chair, these barbaric attacks by the Russian government all occurred within a handful of days in late June and early July and comprise but a tiny sample of Russia’s relentless strikes hitting civilians in Ukraine over the past four and a half months.  If just one of these tragedies had taken place elsewhere, it would rightly be considered a national catastrophe.  But the Russian government is inflicting these tragedies on Ukraine on a daily basis. Russia’s forces launched at least 100 missiles alone the last weekend of June, striking civilian infrastructure across 17 of Ukraine’s 24 oblasts, killing and injuring men, women, and children as they peacefully slept, shopped, and worked, often hundreds of miles from any front lines.  At least twelve of these missiles were fired from Belarusian airspace, further demonstrating the Lukashenka regime’s deep complicity in Russia’s war against Ukraine.  Russian missiles struck a music school in Zaporizhzhiya; a children’s rehabilitation Center on the Black Sea coast; multi-story apartment blocks in Chernihiv, Dnipro, and Kharkiv; a recreation area and residential area in Mykolayiv; a car service center in Rivne, a hospital, cultural center, library, and school in Sumy; a subway station in Kharkiv; and a lakeside beach in Donetsk.  Russia’s military again and again launches massive missiles guided by crude radar into densely populated residential neighborhoods with no apparent military value.

In continuously striking civilians in towns and cities across Ukraine, often far from any fighting, the Kremlin has shown it has one objective, and one objective only:  attempt to gain through fear what it cannot achieve on the battlefield – the subjugation of Ukraine.  The Kremlin’s message is clear:  for as long as this war continues, no part of Ukraine will be safe from the brutality of the Russian government and its armed forces, the depravity of Russia’s leadership, and the callousness of Russia’s paid apologists in this Council.

Mr. Chair, the only way to put an end to Russia’s relentless strikes hitting civilian infrastructure throughout Ukraine is to ensure that Ukraine has the weapons and equipment it needs to effectively defend its people, its sovereignty, and its freedom against this savage onslaught.  The United States has provided more than $6.9 billion in security assistance to support Ukraine since February alone.  We are grateful that other participating States are stepping up too. Only by ending Russia’s aggression once and for all will the people of Ukraine ensure that their children no longer have to fear the shriek of a Russian missile in the night sky.  And, Mr. Chair, we will seek accountability:  we will spare no effort to ensure that all those responsible for these strikes on civilians are identified and held to account for their flagrant violations of international law.