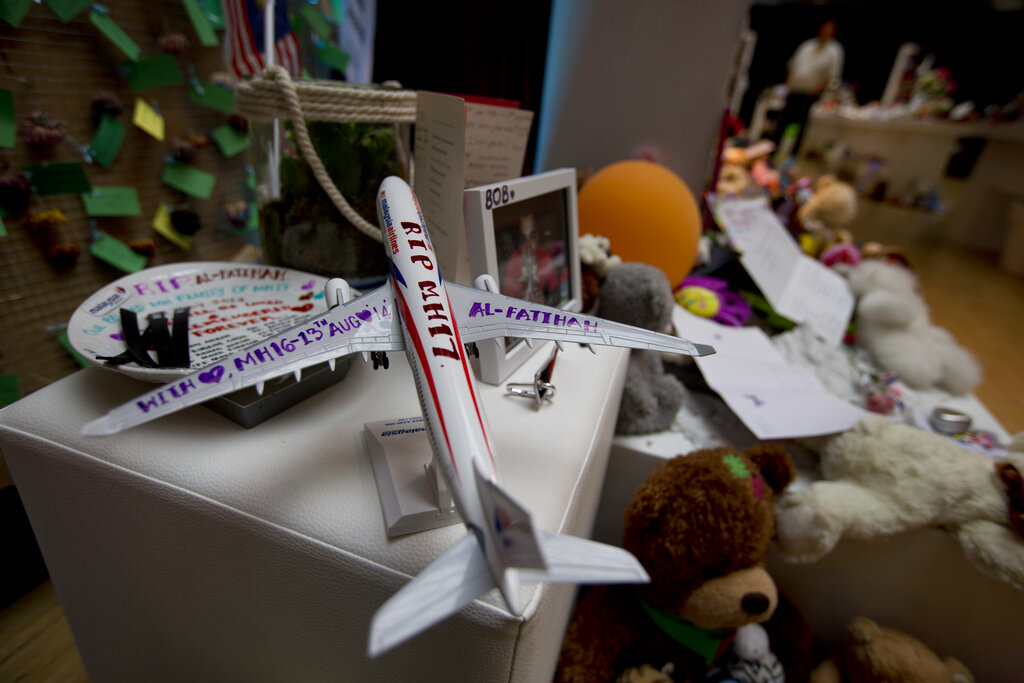 A Malaysia Airlines miniature plane with a text reading "RIP MH17" is displayed at a memorial site for the victims of the MH17 air disaster at Schiphol Airport in Amsterdam, Netherlands (AP Photo/Peter Dejong)

Saturday marked seven years since Malaysia Airlines Flight #17 was shot down over Russia-controlled Donetsk in Ukraine by Russia-backed militants.  The United States joins other OSCE participating states in honoring the memory of all 298 victims, including 193 Dutch citizens and one American citizen.  We extend our deepest condolences to the family and friends of all who were lost that day.

We firmly believe in the pursuit of justice for the innocent people who perished.  In the criminal trial opened in the Netherlands, four individuals were indicted for the downing of Malaysia Airlines Flight MH17.  All indicted were members of Russia-led forces and yet Russia has never acknowledged these facts.

I echo the calls for accountability as voiced by my Dutch counterpart. We too call on Russia to account for its role and cooperate fully with the investigation. Russia needs to ensure that the indicted individuals currently in Russia or territories under its control face justice.  Russia and its proxies cannot escape the fact that a Russian BUK surface-to-air missile fired from eastern Ukraine was the cause of the crash of MH17.  Its refusal to cooperate with international efforts, including those of Australia and the Netherlands, to establish accountability thus far illustrates its flagrant disregard for international law.

We cannot allow further tragedies to result from Russian aggression.  We demand that Russia cease its aggression against Ukraine immediately and withdraw its forces from all the territory of Ukraine, including Crimea.