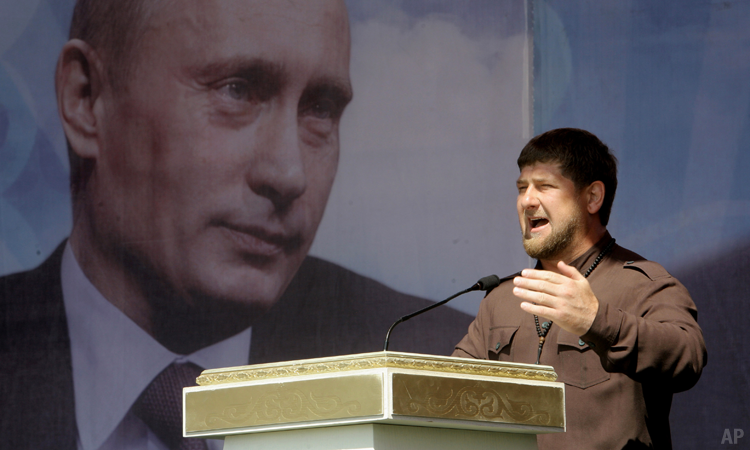 Threats Against Opposition Politicians in Russia

On February 1, the head of the Chechen Republic of the Russian Federation, Ramzan Kadyrov, posted a video online that depicted two leaders of the political opposition, Mikhail Kasyanov and Vladimir Kara-Murza, in a gunman’s cross-hairs. I would like to thank our distinguished Swiss colleague for raising this issue during the last Permanent Council and for underscoring that such irresponsible behavior can trigger violent action against people expressing different opinions. Following Kadyrov’s threat, Mikhail Kasyanov was assaulted by ten men in a Moscow restaurant. Two days later, an ultra-nationalist group attempted to attack Mr. Kasyanov and picketed his press conference.

Colleagues, Ramzan Kadyrov’s threat to the lives of Mikhail Kasyanov and Vladimir Kara-Murza is unmistakable: it was nearly one year ago that their colleague and fellow opposition leader Boris Nemtsov was gunned down just steps from the Kremlin by assailants alleged to be members of the Chechen security services. The image of a gunman’s cross-hairs is the latest in a series of menacing statements Kadyrov has issued in recent weeks against prominent journalists and activists, calling them “traitors” and “enemies of the people.”  These comments are clearly meant to intimidate, and to have a chilling effect on the exercise of freedom of expression in Russia, if not also to serve as a direct call for violence.

No country that claims to be law abiding can or should tolerate its officials making public death threats against its citizens. Likewise, it is simply unacceptable for the officials of any country to harass, intimidate, or threaten members of the political opposition, civil society, and the media. Yet the Russian government has so far not condemned these threats. Such actions contravene the most fundamental principles of this Organization, in particular the commitments made in 1990 in Copenhagen, when OSCE participating States reaffirmed their respect for the right of individuals and groups to establish, in full freedom, their own political parties or other organizations, and the right of individuals to exercise freedom of association, including the right to form, join and participate effectively in political parties and non-governmental organizations. Participating States reaffirmed these principles again in Helsinki in 2008 on the occasion of the 60th anniversary of the Universal Declaration of Human Rights.

Kadyrov’s Threats are Characteristic of a Growing Intolerance

Regrettably, Kadyrov’s inflammatory rhetoric calling members of the political opposition “traitors” and “enemies of the people” is characteristic of a growing intolerance of dissent and independent voices by the Russian government. New restrictions and harsher penalties are making it increasingly difficult and dangerous for individuals to voice personal views and for independent civil society groups to operate. On December 7, Russian authorities sentenced activist Ildar Dadin to three years in prison under a law that criminalizes repeated violations of rules on public protests. Mr. Dadin’s conviction sends a clear signal about the price of peaceful protest in today’s Russia, and opens a worrying new chapter on Russia’s restrictions on the freedoms of expression and peaceful assembly.

On December 30, a Russian court sentenced blogger Vadim Tyumenstev to five years in prison for his alleged “extremist” activity on the Internet, which consisted of urging persons to attend a protest against rising bus fares and criticizing the government’s intervention in Ukraine. The respected non-governmental organization Memorial called his jail sentence “outrageous.”  Memorial itself continues to be targeted by Russian authorities for its principled and outspoken advocacy in cases such as this one. On February 3, the organization’s affiliate in Ryazan became the sixth branch of Memorial to be listed as a so-called “foreign agent.”  This label, which the Russian government uses to stigmatize and impede the work of groups that it believes are not in its interest, now applies to 120 organizations – including groups that protect orphans, preserve the environment, and, as in the case of Memorial, seek to preserve the historical memory of victims of political repression.

We are deeply concerned by a Russian regional court’s February 11 order to close the Russian human rights group AGORA. This troubling development is the first case in which one of the so-called “foreign agent” organizations is being forced to close. The Supreme Court of Tatarstan issued its ruling at the request of the Russian Ministry of Justice, which reportedly alleged that AGORA’s work to “influence public opinion” violated the “foreign agents” law. AGORA is a network of lawyers that provides free legal education and legal advocacy on behalf of victims of police misconduct, bloggers, protesters, and patients with HIV. The idea that such a group is in any way a threat to Russia is absurd.

On February 12, Golos, an independent election monitoring NGO, received a letter from the Ministry of Justice indicating the government’s intention to seek the organization’s liquidation through the courts for alleged “violations” of the “foreign agents” law. This development is particularly troubling considering that Russia will hold parliamentary elections in September. A government effort to shutter one of Russia’s most important election watchdogs raises questions about the government’s commitment to free and fair elections.

In Today’s Russia, Civil Society is Under Attack

Civic organizations such as AGORA, Golos, and Memorial are essential elements of societies that respect the rule of law and accountable government. The Russian people deserve a government that values, rather than undermines, the contributions of civil society. We are therefore deeply concerned about the Ministry of Justice’s proposed amendments to the “foreign agents” law, which would expand the range of NGOs vulnerable to this derogatory and damaging classification. The “foreign agents” law and the law on “undesirable foreign organizations” contravene Russia’s commitments and respect for its obligations to guarantee freedom of association and expression.

Russia today is a place where independent civil society is under attack and peaceful dissent can be dangerous. In this context, blatant attempts to intimidate activists and members of the political opposition by Kadyrov, and others possibly inspired by his rhetoric, are shocking, but not necessarily surprising. As Russia prepares for parliamentary elections in September, the United States calls on the Russian government to foster an environment in which dissent is tolerated and those who express it are protected, in keeping with the rights enshrined in Russia’s own constitution. We urge the Russian government to condemn the threats by Kadyrov and others, to make clear that the Russian government does not condone such behavior, and to ensure that no harm should come to members of the opposition and civil society activists. We further remind Russia of its international obligations and OSCE commitments to respect and ensure the human rights and fundamental freedoms to all, regardless of political affiliation or personal views.

In closing, let me add that with the first anniversary of Boris Nemtsov’s murder approaching, we once again call on Russian authorities to investigate this crime fully and to bring to justice all of those responsible. Doing so would demonstrate that political murders cannot be carried out with impunity, and would be a step in the direction of demonstrating Russia’s commitment to respect the fundamental freedoms of association, peaceful assembly and expression, and to the rule of law.