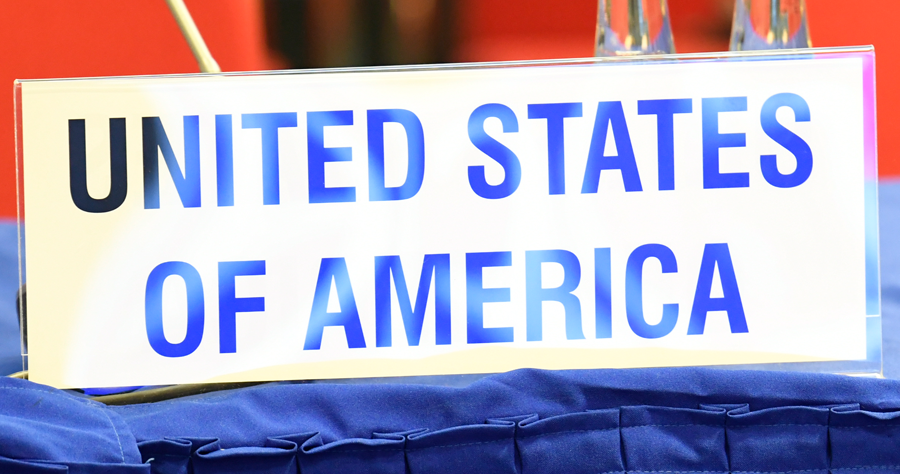 Tolerance and Non-discrimination: US Statement at HDIM Session 8

As prepared for delivery by Ambassador Michael Kozak, Head of Delegation
Warsaw
September 15, 2017

No person should have to fear being violently attacked because of who they are, what they believe, or how they worship. Our Department of Justice protects the civil rights of all Americans and does not tolerate the targeting of any community in our country.

In February, the Attorney General established a Task Force on Crime Reduction and Public Safety, including a sub-committee specifically set forth to address hate crimes.

The Attorney General asked the subcommittee to explore ways to expand and improve training for federal, state, and local prosecutors and investigators on hate crimes; how we can work better with affected communities and our state and local law enforcement partners; and how we can improve our data collection on hate crimes. The Department has prosecuted a number of high-profile hate crimes cases this year.

In March, our Federal Bureau of Investigation working with our international partners, a suspect was found and arrested in Israel for allegedly making threatening phone calls to Jewish community centers, inflicting terror across the nation. In April, the Department brought federal charges against him, and our investigation into these acts as possible hate crimes continues.

In June, our Justice Department sought and a federal grand jury returned an indictment against a man in Texas for burglary and arson of the Victoria Islamic Center. He faces up to 40 years in federal prison. A man was sentenced to over 19 years in prison for trying to recruit people to help him burn down a mosque in a small town in New York.

The United States has and will continue to enforce hate crime laws aggressively and appropriately where LGBTI individuals are victims. Last month, Joshua Brandon Vallum was sentenced to 49 years in prison for assaulting and murdering Mercedes Williamson.

The Helsinki Final Act commits us to respect the inherent dignity of the human person. Beyond sharing commitments, we share a common humanity. There can be no justification for hate crimes against anyone, anytime, anywhere, ever. [Very regrettably,] violence against LGBTI persons is widespread within our OSCE community and we all must condemn and combat it. It is wrong when government authorities ignore or condone violence against LGBTI individuals – it is immeasurably worse when authorities incite or commit the violence.

My country and many others here were appalled by reports earlier this year from credible NGO sources of mass detentions, torture, and killing committed against at least a hundred LGBTI individuals by local security forces in Russia’s Republic of Chechnya. When the international community expressed deep concern, it was met with the following comments by various local officials in Chechnya: The Press Secretary for the Ramzan Kadyrov, the Head of Chechnya, said “it’s impossible to arrest those who don’t exist” and he went on to say that, even if there were gay men in the region, “the police would not have to deal with them as their own families would get rid of them.” Member of the official Chechen regional human rights body Kheda Saratova said that being gay is “worse than war” and “any self-respecting Chechen” would “do everything in his power to make sure people like that didn’t exist in society.” Saratova told Russian state radio that the police and the “entire judicial system” in Chechnya treat the murders of homosexuals by their relatives “with understanding,” adding that she would “not even bother considering” a claim regarding such a crime.

The Russian government’s investigation into these crimes has not produced results, while growing evidence of these abuses continues to be documented by brave NGOs and independent journalists, who gather it at great personal risk. Impunity for gross violations of human rights has long been a systemic problem in Chechnya under Kadyrov. In addition to the mass violations of the human rights of LGBTI persons, in recent months alone we have seen reports of a mass execution of men in detention and collective punishment of an entire village that dared complain about mistreatment by security forces. We urge the government of the Russian Federation to investigate all of these reports and to take decisive steps to ensure that all residents of Chechnya are afforded the human rights protections enshrined in Russian law and the Russian constitution. My delegation is proud to join the Delegations of Canada, Denmark and Lithuania in sponsoring a side event “Chechnya Outside the Law. We hope all here will attend on Thursday, September 21 at 8 a.m. in Meeting Room 3.