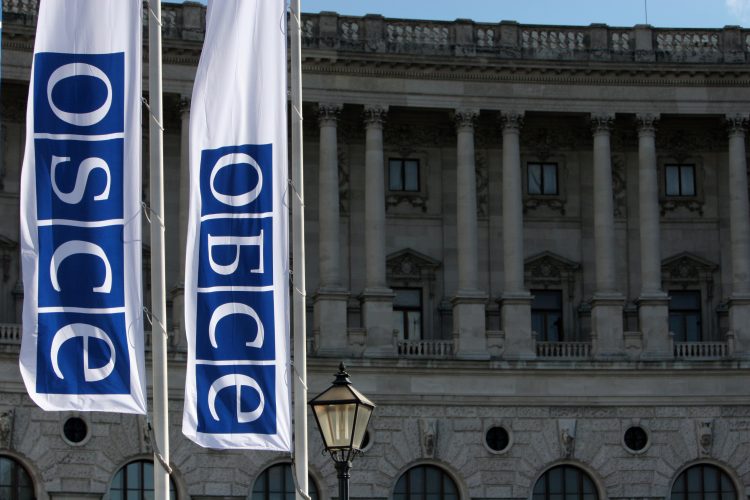 Session II: “Arms control arrangements under the aegis of the OSCE: Is there a better way to handle compliance?”
As delivered by Chargé d’Affaires, a.i. Harry Kamian
September 5, 2017

We’re pleased to be able to continue the discussion from earlier today on the relevance of the rules-based European security order. As we have said before, it is clear to the United States that it is not Europe’s existing security architecture that is a problem, but rather the actions of certain participating States which have had the effect of undermining that order.

Most of the critical security concerns identified in the Structured Dialogue so far is not directly susceptible to arms control solutions. Arms control cannot deliver what most of us seek: respect for the territorial integrity of neighbors; observance of the commitment not to use force to resolve differences; or recognition that states have the right to choose their futures and their alliances, and indeed whether to allow foreign forces on their territory.

But arms control compliance – or failure to comply – is one conspicuous measure of the readiness of participating States to respect the rules-based order we depend upon as a basis for building mutual confidence and trust. Arms control measures have meaning only in the context of a rules-based order.

Thus implementation of instruments such as the Conventional Armed Forces in Europe (CFE) Treaty, the Open Skies Treaty, and the Vienna Document 2011 can be considered as a measure of a participating State’s commitment to OSCE principles. Of course, in some cases, such as CFE, arms control instruments include in their central articles international principles that have broad political implications: CFE prohibits States Parties as a matter of international law from stationing conventional armed forces on the territory of other States Parties without their free consent.

The appropriate Treaty implementation bodies and the Forum for Security Cooperation are charged with addressing implementation matters – both positive and negative – and finding ways to improve implementation and update existing instruments, by identifying shortcomings and solutions. That work must continue in those bodies, even while this Structured Dialogue meeting calls more attention to specific issues and concerns that might usefully be addressed in that process as well.

Discussions among experts can lead to improved implementation practices and identify elements of the arrangements that might benefit from adjustments, revisions or updates. We have long held that preserving, strengthening and modernizing existing commitments – commitments that embody the core principles we value – is the right way forward. This is one reason the United States places such value on efforts in the Forum for Security Cooperation to update the Vienna Document and make it more relevant to today’s military forces and the current security environment. We encourage robust engagement in that process by all participating States. If we want to rebuild mutual confidence with regard to military plans, activities, and deployments, this is the way to do it.

But it is not enough to review the strictly technical implementation of an arms control instrument by a participating State. The quality of that implementation must be evaluated in light of the intent of the instrument. In other words, it is not only a matter of providing information, but also ensuring the information is complete and accurate.

Some OSCE CSBM arrangements contain an element of “constructive ambiguity.” Implementation of these measures may not be identical, reflecting different national practices with regard to the details. That rule of reasonableness is not the same as the practices we have witnessed from the Russian Federation in the last several years.

Flexibility that was built into a number of arms control arrangements is presently being used by the Russian Federation to avoid implementing agreed arms control measures. What we hear in response to our calls for full compliance are what sound like contrived explanations of why those measures do not apply.

Such efforts to circumvent requirements and exploit loopholes not only increase uncertainty and mistrust in the European security environment, but also serve to undermine the institutional architecture that upholds it.

If our aim is to re-build military transparency and confidence, we would expect all participating States to fully implement existing agreements and commitments thereby demonstrating clear commitment to honoring OSCE principles and to re-establishing an environment of trust.

We hope this ongoing Structured Dialogue will help us gain a better understanding of the problems we need to overcome to restore the primacy of the OSCE rules-based system. The United States believes arms control and confidence building instruments can help to re-build mutual trust. But this only holds true if all participating States are committed to the same core goals, and ready to respect the rules of this community.