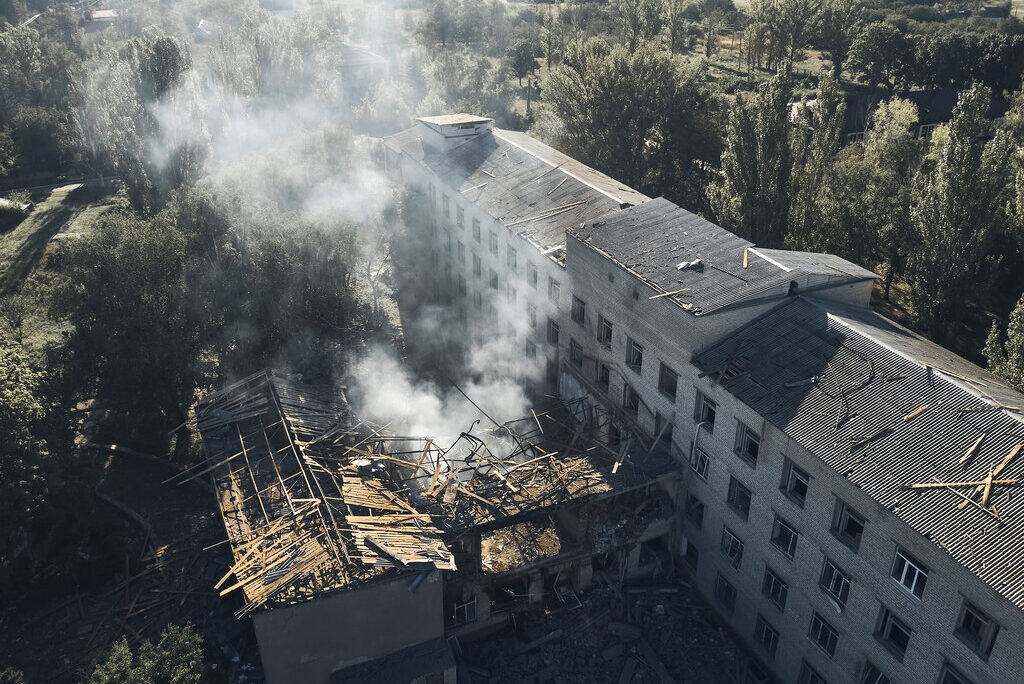 As delivered by Ambassador Michael Carpenter
to the Forum for Security Cooperation, Vienna
September 7, 2022

It’s a pleasure to welcome Belgium’s assumption of the Chairpersonship of this important body. I want to thank you for your clear and concise layout of your priorities and goals for your Chairpersonship. The past session was a challenge, to say the least, given that Belarus was in the chair as a co-aggressor and a country that served as a launching pad for Russia’s brutal attack on Ukraine, but the truth is that the overwhelming majority of participating States in this forum stood together to defend the principles of the Helsinki Final Act, often in the face of the vilest imaginable propaganda, ensuring that Belarus and Russia stood alone in their contempt for our foundational principles.

Mr. Chair, the FSC was founded following the end of the Cold War in an atmosphere of hope for a better world. Formerly captive nations were declaring their freedom and independence. The hopes and dreams of millions of oppressed people to live in peace and freedom seemed on the way to finally being realized.

To have had this distinguished forum, with its proud history and mandate to work toward reducing conflicts, chaired by a participating State that aided and abetted the violent escalation of Russia’s on-going brutal aggression against the sovereign nation of Ukraine was, quite simply, unacceptable. Many participating States could not countenance such an aberration and voted with their feet by not attending these sessions. While we could not abandon this body entirely, given the importance we attach to its mandate, we could not in good conscience attend sessions with a co-aggressor in the chair. Thankfully, we’ve moved on.

I am therefore very pleased to be here in person today for this opening session under Belgium’s steady leadership, and I want to thank the Belgian ambassador, you, and your team for your tireless preparations for the Chairpersonship at this pivotal moment in history. The United States will fully support you as you seek to advance the aspirations of most of us here to achieve a safer and more secure Europe, even at this dark time of death and destruction wrought by the Russian Federation. I welcome the carefully crafted agenda for this autumn’s meetings focused above all on the security ramifications of Russia’s brutal war on Ukraine.

The United States looks forward to working with the Chair and other participating States to engage on this most critical issue of our time, a challenge unlike any other we have faced in this body since its founding. Russia’s barbaric onslaught against the sovereignty and freedom of Ukraine is a threat to all that we have worked so hard to achieve over the preceding decades. A Europe free from the scourge of war. A Europe in which people choose for themselves their political course. A Europe that stands as an example to the world of its never-ending pursuit of a better life for its citizens.

Mr. Chair, Russia’s war against Ukraine must continue to be the key focus in weekly discussions in the FSC, just as it is in the PC. In this regard, the United States fully supports Belgium’s planned program for this trimester, which underlines that while we cannot go back to the regular order of business prior to February 24, there are many important issues that do need to be addressed, issues whose urgency has become even more acute in the context of Russia’s ongoing war of aggression against Ukraine. These include, but are not limited to, the impact of armed conflict on the security and welfare of children and other vulnerable groups, its impact on the environment, the proliferation of explosive hazards as a direct result of Russia’s war, and the Women, Peace, and Security agenda.

Lastly, Mr. Chair, I’d also like to welcome Bosnia and Herzegovina as it joins the Troika. And once again, congratulations to Belgium on assuming the Chairpersonship. We look forward to getting to work.