Home Home | News & Events | U.S. Statement On the Third Ministerial Meeting of the Moldova Support Platform in Paris on November 21 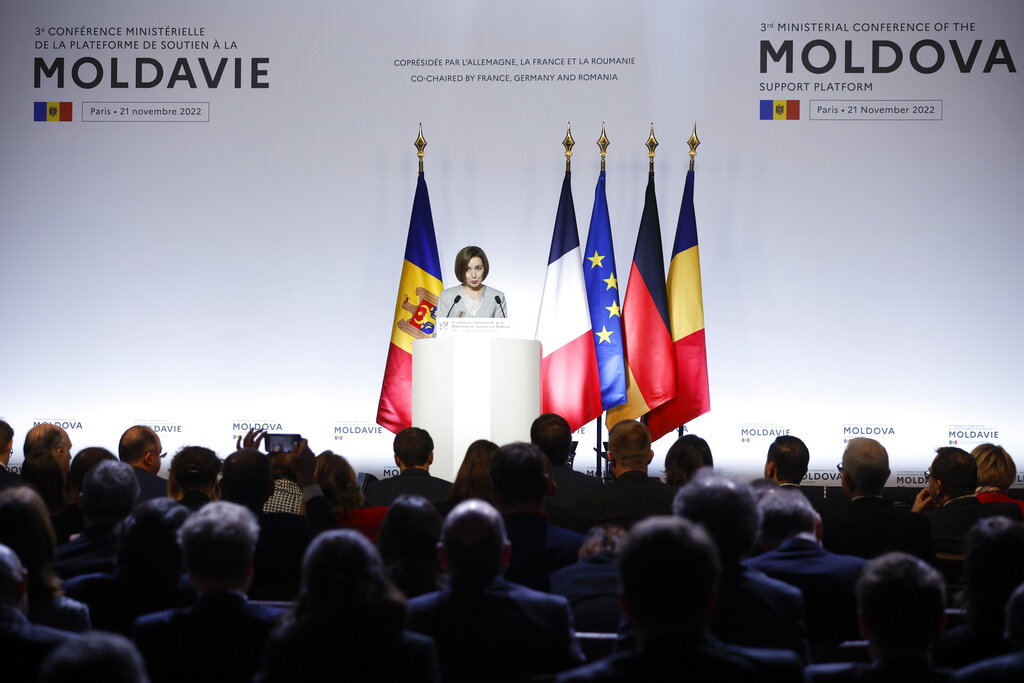 U.S. Statement On the Third Ministerial Meeting of the Moldova Support Platform in Paris on November 21

The United States attaches great importance to our relationship with Moldova.  We thank the Government of France for hosting the third ministerial meeting of the Moldova Support Platform in Paris on November 21, and we commend the continued leadership of the governments of Germany and Romania as co-chairs.  Since February, the United States has allocated approximately $320 million in economic and security assistance to Moldova to help strengthen its resilience and defend its democracy.  In that time, the United States has also provided more than $1.65 billion in humanitarian assistance to support the displaced, including refugees, and other vulnerable populations and communities inside Ukraine and in the wider region.

Russia’s full-scale invasion of Ukraine on February 24 has sent shockwaves throughout the OSCE region – and these are felt acutely by Moldova, which is facing a real energy and natural gas crisis because of Russia’s blackmail tactics, all while generously providing assistance to over 500,000 refugees from Ukraine, of whom over 93,000 remain in Moldova.

The United States has a strong partnership with Moldova and will continue to provide assistance to support Moldova’s democratic reforms and good governance agenda, anti corruption efforts, energy security, and its humanitarian response to Russia’s unprovoked war against neighboring Ukraine.  We congratulate the government and people of Moldova on attaining EU candidate status and on their progress in implementing reforms that will pave the way towards further European integration.  We also reiterate our strong support for Moldova’s sovereignty and territorial integrity within its internationally recognized borders.

The United States is also pleased to chair the Moldova Support Platform’s Border Management Working Group, through which we work closely with the Government of Moldova and international partners to build Moldova’s capacity to secure and manage its borders.  The working group is helping Moldova address hybrid and emerging security threats through technical assistance, training, and equipment donations that will boost the detection and response capacity of border security services and align Moldova with EU border management standards.

The United States proudly supports a number of OSCE extra-budgetary projects in Moldova, such as the OSCE Mission’s support to survivors of conflict-related and gender-based violence, and the Mission’s assistance building Moldova’s capacity to counter money laundering via virtual assets.

In closing, the United States will continue our unwavering support for Moldova’s efforts to consolidate its democratic reforms, and to strengthen its resilience as it grapples with the impacts of Russia’s brutal war against its neighbor.