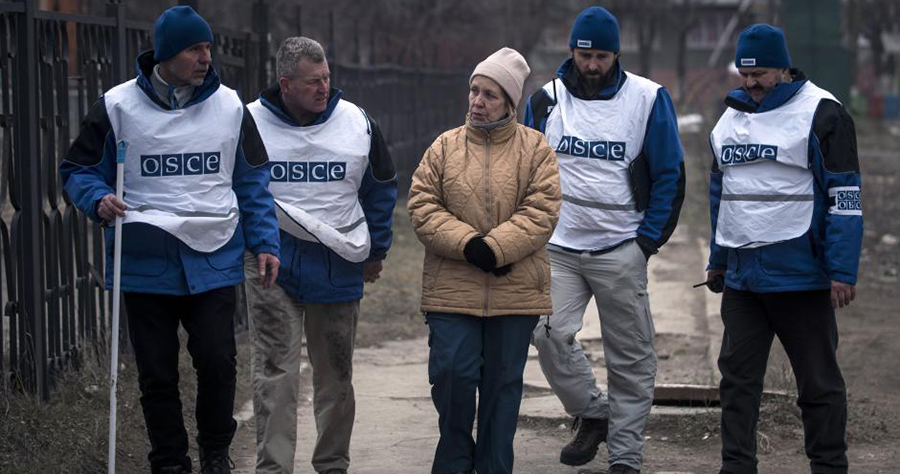 United States Ambassador to the OSCE James Gilmore expressed deep concern about Russia and its proxies denying access to and placing restrictions on the movement of the Special Monitoring Mission (SMM). This is part of Moscow’s broader campaign against Ukraine, including in both the Donbas and Russia-occupied Crimea. On a weekly basis, the SMM’s work is inhibited by Russia and its proxy forces — which Russia arms, trains, funds, leads, and fights alongside — limiting the SMM’s ability to fulfill its mandate and to provide OSCE participating States with the most accurate view of the situation on the ground.

On March 21 and 22, Russia’s proxies blocked OSCE SMM monitors from crossing the Line of Contact into Russian-controlled areas of eastern Ukraine, citing measures relating to the COVID-19 pandemic. On March 23, the SMM reported these forces again blocked movement across the Line of Contact, this time preventing SMM monitors from crossing into government-controlled areas. And on March 25, an SMM Spot Report indicated that proxies blocked several SMM convoys attempting to cross into Russia-controlled areas in both Donetsk and Luhansk regions. The threat of COVID-19 is very serious, and the SMM is committed to taking all appropriate precautions. The SMM, as the international community’s eyes and ears in Ukraine, must be allowed to freely cross the Line in both directions to ensure the safety and security of its monitors and to enable it continue to provide impartial reporting on the security and humanitarian situation.

The United States notes that checkpoint restrictions being implemented by Russia-led forces are also stymying the flow of humanitarian shipments and essential services by international organizations. We demand Russia and its proxies cease their harassment and obstruction of humanitarian relief critical to the civilians suffering from the conflict and COVID-19 crisis, as well as the SMM on which all OSCE participating States rely.