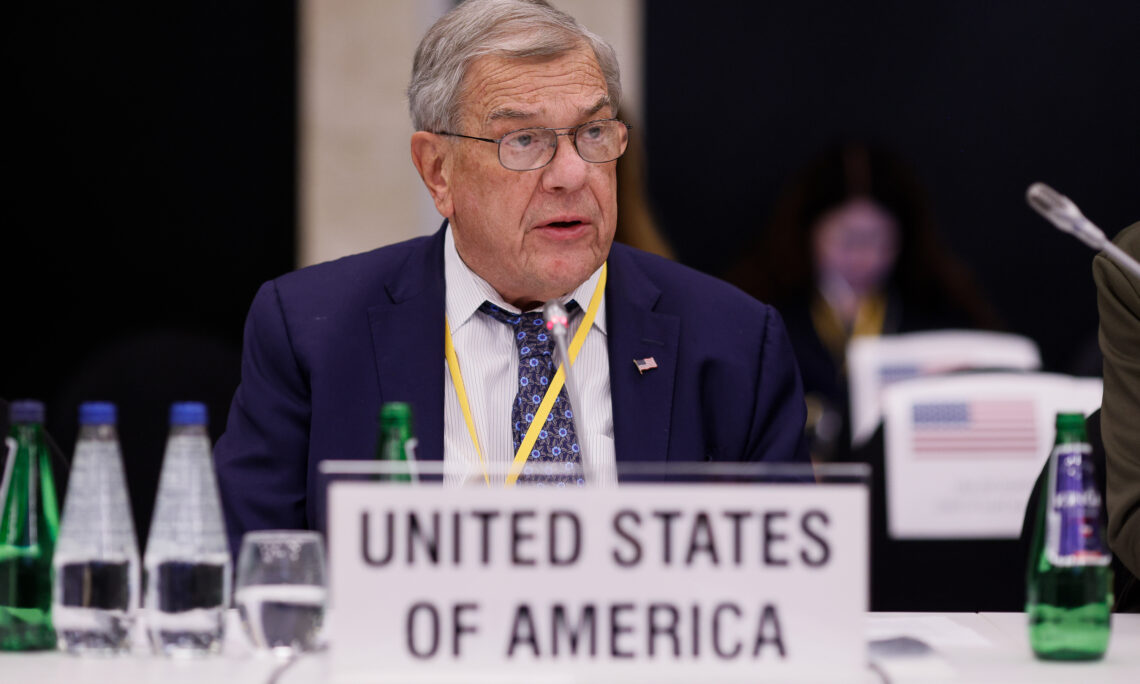 Rights of persons belonging to national minorities;  Treatment of citizens of other States and human rights of migrants;  Roma and Sinti issues; Equal opportunities and rights for women and men; Violence against women and children

As prepared for delivery by Ambassador Michael G. Kozak,
Head of the U.S. Delegation,
Warsaw
September 30, 2022

Russia’s aggression against independent, multi-ethnic Ukraine – from its seizure of Crimea in 2014 to its all-out war today – has caused great harm to Ukrainian citizens of all backgrounds, including those who are ethnic Russians.  In the parts of Ukraine that Russia controls or occupies, ethnic groups that Russia deems threats to its rule are targeted for repression or worse.

Russian authorities continue to harass and imprison indigenous Crimean Tatars, as well as ethnic Ukrainians and others who engage in peaceful opposition to the occupation.  Dozens of people have been arrested and sentenced to lengthy prison terms, such as Nariman Dzhelyal, deputy head of the Crimean Tatar Mejlis.  Occupation authorities in Crimea even target lawyers who defend Crimean Tatars; some have been detained even during trial proceedings as they defend their clients, and four, including three of Crimea’s top human rights lawyers, were disbarred by the Russian government over the summer.  These tactics have also included denying procedural protections for those targeted: the lawyers were not informed of the charges against them, and in two cases were not informed of the disbarment hearings until they were over.

Putin has justified his blatant violation of Ukraine’s sovereignty and territorial integrity with claims that there is no independent Ukrainian identity.  Russia’s propaganda, its barbaric filtration operations and forced deportations — even the curriculum it imposes on schools in the cities and towns it grabs — are aimed at “russifying” these areas and suppressing democratic Ukraine’s rich history and culture, which form its unique identity.

Russia has stepped up its passportization campaign in Ukraine, coercing hundreds of thousands of citizens from Ukraine in areas it controls or occupies into obtaining Russian Federation citizenship and forfeiting their Ukrainian passports.  Now, as part of his attempt to alter Ukraine’s internationally recognized borders by force, Putin purports to have annexed parts of its territory.  Russia’s unlawful actions with regard to the purported annexation can have no validity under international law.

Meanwhile, within Russia there is socio-economic discrimination and state-sponsored harassment against Chechens, Tatars, Dagestanis, Buryats, and members of other minority groups, as well as against migrant workers from Central Asian states.

Another minority group suffering due to Russia’s war against Ukraine are the Roma.  Roma have historically faced oppression in Europe and were victims of genocide during the Second World War.  Racism and discrimination persist today as Roma are among the more than seven million refugees who have fled Ukraine since February.

OSCE’s High Commissioner on National Minorities has noted that Roma face particular challenges of displacement.  Some discrimination against Roma fleeing Russia’s war against Ukraine appears to be from local or private actors.  For example, there are reports that some families offering rooms for refugees would take in only white refugees, and that some volunteers handing out food and water would refuse Roma, claiming that they were not “real” refugees.  Without access to private accommodations, Roma refugees have had to rely on host country governments, which can result in placement in segregated facilities not designed for longer-term housing but only for short-term transit.  Reportedly, Roma who have refused to live in such conditions have been told that disqualifies them from receiving further assistance.

The plight of Roma refugees is also complicated by systemic issues that Roma have long faced, such as a lack of official documentation and statelessness.  They may have trouble proving they are from Ukraine, or they may be refused assistance in countries that require refugees to have a travel document with an exit stamp.

The United States is working with Ukraine, the countries generously taking in record numbers fleeing Russia’s violence, and humanitarian partners to help ensure that all, including Roma, are treated in accordance with states’ international legal obligations.

The use of conflict related-sexual violence by members of Russia’s forces in Ukraine against women, children, and men has been well documented, including in both OSCE Moscow Mechanism reports, which cited the use of rape and other forms of conflict-related sexual violence against women and children, including gang rape and rape in front of family members. Some women reported being held in basements by Russia’s troops and raped for weeks.  Bodies of victims showing signs of gender-based violence have been found in areas re-taken from Russia’s military.  Rape as a weapon of war is recognized under international humanitarian law as a war crime.

The United States is concerned about minority issues and about gender equality in other areas of the OSCE region as well, including in our own country.

Some members of Serbia’s political leadership continue to employ ethnic slurs to denigrate minorities, while the Albanian minority is disproportionately subject to “passivization,” whereby individuals whom the police deem nonresident lose personal documents and access to health, educational, and social services.  The protection of language and identity in North Macedonia continues to be crucial as it progresses toward its EU accession.  Members of ethnic minority groups in Kosovo continue to face varying levels of institutional and societal discrimination.  Discrimination in the form of violence and harassment exacerbate ethno-nationalist divisions in Bosnia and Herzegovina.

There are recent reports of Turkmenistan imposing new restrictions on women in the name of traditional values, even though there is no formal law preventing women to drive.  Police have fined drivers for allowing women to sit in the front seat of a car.  Previously, there have also been complaints of women drivers being unable to drive and being harassed when choosing to drive.

In Kyrgyzstan, bride kidnapping, while illegal, continues to take place with tragic consequences.