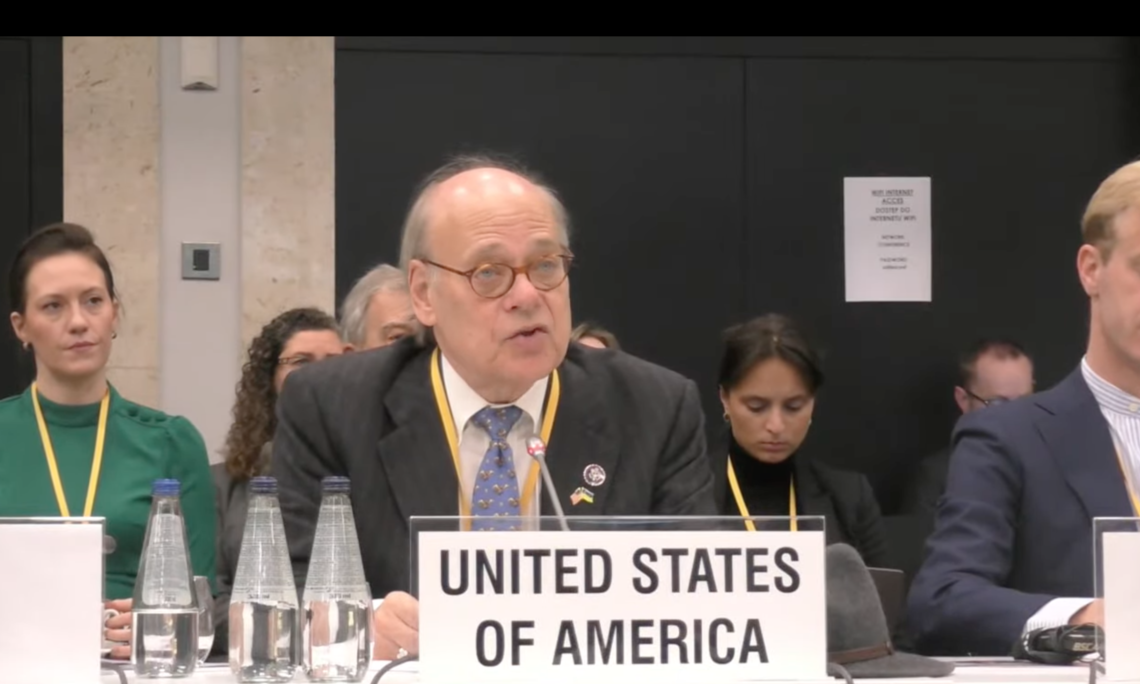 Ukrainian POWs returned through swaps reported being tortured, including beatings with electrical wires and mock executions.

Prevention and eradication of torture; Abolition of capital punishment; Protection of human rights and fighting terrorism

Nearly two years since the Tirana Ministerial Council Decision, torture and other cruel, inhuman, or degrading treatment or punishment remains a serious, and in some cases a growing, problem in a number of participating States.

The second Moscow Mechanism Expert Mission found that some of the most serious war crimes and other atrocities and abuses perpetrated by members of Russia’s forces and proxies in Ukraine included “torture inflicted on detained civilians and prisoners of war” and “the imposition of the death penalty resulting from trials that fail to meet the basic standards of the fair trial.”  The report found that from late February to March, when Russia’s forces controlled much of the Kyiv and Chernihiv regions in northeastern Ukraine, the forces and their proxies subjected civilians to summary executions, torture, and other grave abuses.  In Bucha, Irpin, and Hostomel, corpses of civilians showed clear signs of torture and ill-treatment.  Bucha’s local authorities reported approximately 1300 bodies were recovered.  Many had their hands tied behind their back and appeared to have been summarily executed.  Some bodies showed signs of torture and mutilation.

The Experts Mission also reported that in Bucha, police discovered a “torture chamber” in the basement of a children’s sanatorium, and that a series of other torture sites were discovered in a summer camp.  In Zabuchchya, a village in the Bucha district, bodies were discovered with their ears cut off or their teeth pulled out.  Other torture sites have been reported in Trostyanets in Sumy oblast.  Human Rights Watch reported in July that Russia’s forces in control of areas of the Kherson and Zaporizhzhia regions unjustly detained and physically abused civilians in an apparent effort “to obtain information and to instill fear so that people will accept the occupation.”

In May, Human Rights Watch documented seven cases of severe physical abuses and other mistreatment in Dymer, where they found Russia’s soldiers beat, shocked, or staged mock executions to force detainees to provide information.

Ukrainian POWs returned through swaps reported being tortured, including beatings with electrical wires and mock executions.  There are no words sufficient to describe the video circulated on social media in July that showed the castration and execution of a helpless, bound, and gagged Ukrainian prisoner by pro-Russia forces.

Eyewitness and survivor accounts of systematic filtration operations in parts of Ukraine controlled by Russia indicate that they often involve beatings and assaults, and that Ukrainian citizens who do not “pass” filtration have been tortured, killed, or disappeared.

In the months since the Second Moscow Mechanism mission report, evidence has continued to mount of torture and other grievous mistreatment by Russia’s forces and their proxies in Ukraine, and chilling evidence is uncovered as Ukraine’s forces liberate areas Russia previously held.

Within Russia itself, systemic torture, including by law enforcement officers and prison officials, continues with impunity.  The appalling situation documented in the 2018 Moscow Mechanism Mission report on serious abuses in Russia’s Republic of Chechnya has not changed.  To the contrary, information continues to emerge of torture, extrajudicial killings, and enforced disappearance with impunity under Ramzan Kadyrov’s brutal rule.

In Belarus, there still has been no official investigation into the over 1,500 credible accusations of torture just from the initial days alone of the continuing crackdown following the fraudulent presidential election in August 2020.  One of the most severe examples of mistreatment includes that of Raman Bandarenka, who was violently beaten and detained for asking authorities not to remove ribbons hung by activists in the courtyard by his home.  Subjected to additional abuses in detention, he was delivered to the hospital unconscious and died from severe head injuries and a collapsed lung.  Harsh repressions continue to this day. In addition, the death penalty can now be applied in cases of “attempted acts of terrorism”, a move clearly aimed at threatening those who express opposition to the Lukashenka regime and its complicity in the war against Ukraine.

Systemic torture is reported as remaining a problem in five out of the six participating States of Central Asia, democratic Mongolia being the exception.

There are credible allegations of torture of those arrested during the January 2022 protests and riots in Kazakhstan, where the deputy prosecutor general confirmed six cases of persons tortured to death while in custody.  All of those responsible for human rights violations and abuses must be held accountable, victims provided with redress, and the investigative commissions need to provide the public with full information their findings.  We continue to call upon Turkmenistan to provide information about the individuals, including Turkmenistan’s former Permanent Representative to the OSCE, who disappeared into its prison system and whose whereabouts remain unknown.

The Council of Europe’s Committee for the Prevention of Torture and Inhuman or Degrading Treatment or Punishment has found the use of torture by law enforcement in Azerbaijan to be “systematic and endemic”.  In November 2021, Azerbaijan’s senior-most prosecutor acknowledged that torture of military personnel took place during a 2017 alleged spy case.  In Turkey, credible reports persist of torture of those imprisoned and in detention, with the Human Rights Foundation reporting receiving a record number of such cases last year.  There have been credible reports that Azerbaijani and Armenian forces have tortured, otherwise abused, or extrajudicially killed prisoners of war, other combatants, and non-combatants.  We urge all participating States to adhere to the international obligations and commitments they have made, including the Decision on the Prevention and Eradication of Torture and Other Cruel, Inhuman, or Degrading Treatment or Punishment adopted at the OSCE Ministerial meeting in 2020.